Well it’s been a rather slow moving day. Our workers are doing everything by hand today which means breaking through the wall takes MUCH longer than yesterday but due to the fact that they still have to use a scaffold to get the bricks off, I imagine it was a bit too risky. Perhaps they will be able to use the jack hammer tomorrow and finish it off.

This is the man who was doing all the really hard physical labor, using that little hammer in his hand to break out all the bricks in this wall. This is where he was at about noon when I arrived today… 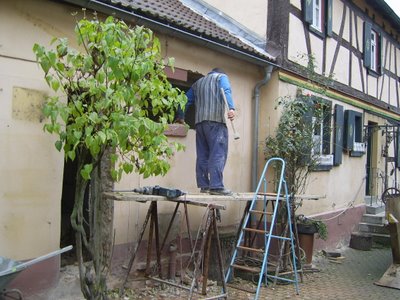 And this is where he was when he left about 4 hours later. 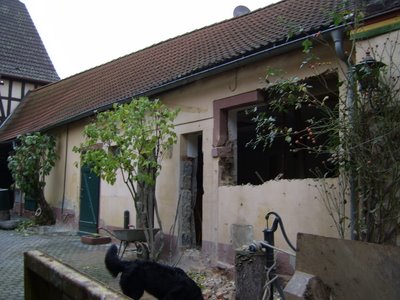 And inside the room, lots was going on as well. The other worker, Macky, was building this wall here and started at around noon as well. After he’d gotten the first two layers of brick down, I realized he was working off our old plans which didn’t have the door planned in there…which would have sucked big time if I hadn’t see that he wasn’t leaving us space for the door. 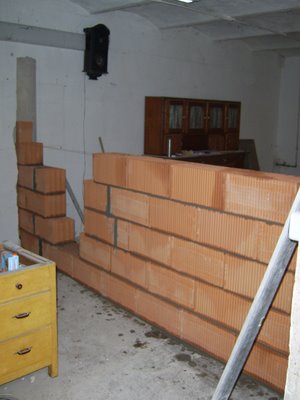 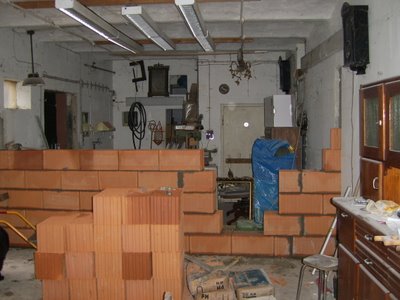 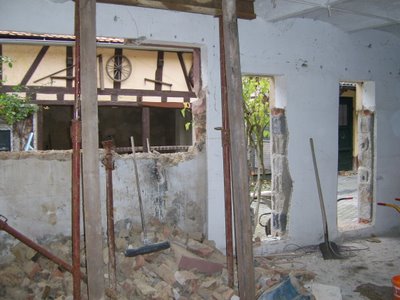