In the middle of Fifth Avenue South, you will find Osteria Tulia, offering authentic rustic Italian cuisine and atmosphere. As you approach the restaurant, you feel like you’re taking a trip to the back roads of Italy.

As you walk inside, you will immediately feel that comfortable, warm, inviting atmosphere which can only come with lots of vision and attention to detail. Much of the interior is made from reclaimed Dade County pine and bricks from a Chicago firehouse built in the 1940’s. 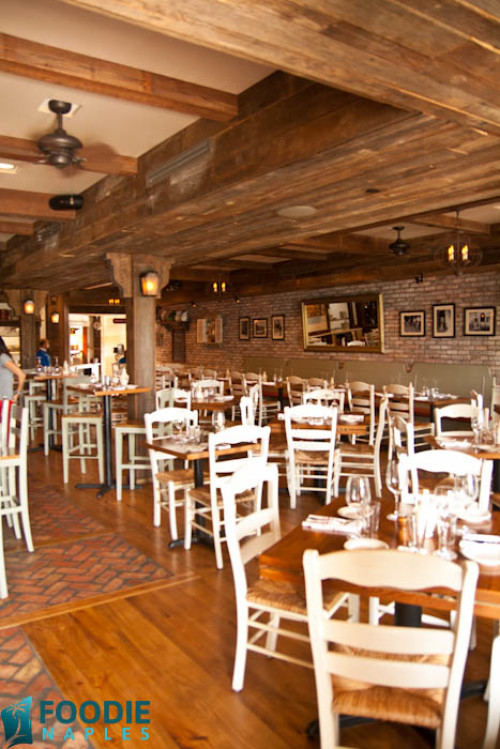 The vision of Chef Vincenzo Betulia, Osteria Tulia has been a dream in the making for many years. The chef began his career 26 years ago and worked for some “amazing chefs” in Chicago before making his way to Naples. “I sometimes feel that the industry found me…I didn’t find the industry,”  Chef Vincenzo explained.

Cooking has always been a love for food and it shows in every aspect of Tulia. “It’s about bringing passion to the food and being proud of what you serve.”

In October 2000, Chef Vincenzo began working at Campiello which became a proving ground for him. His prior experience in exclusively Italian restaurants brought a lot of expertise to their kitchen and menu.

We were able to sit down with Chef Vincenzo on the day of Italy’s soccer loss of the World Cup games. And although he was saddened by the outcome of the game, his passion for Italian cooking and his restaurant managed to brighten his mood. 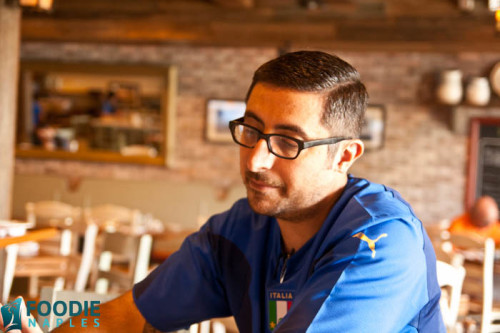 Open since January 2013, Osteria Tulia features simplicity in the kitchen. It’s something that Chef Vincenzo has always focused on, even during his time as Executive Chef at Campiello. His mission there was to bring simplicity back to the dishes and create true Italian food.

“My concern as an owner is making simple, honest food,” Chef Vincenzo mentioned. “I want people to come in happy and leave even happier.” 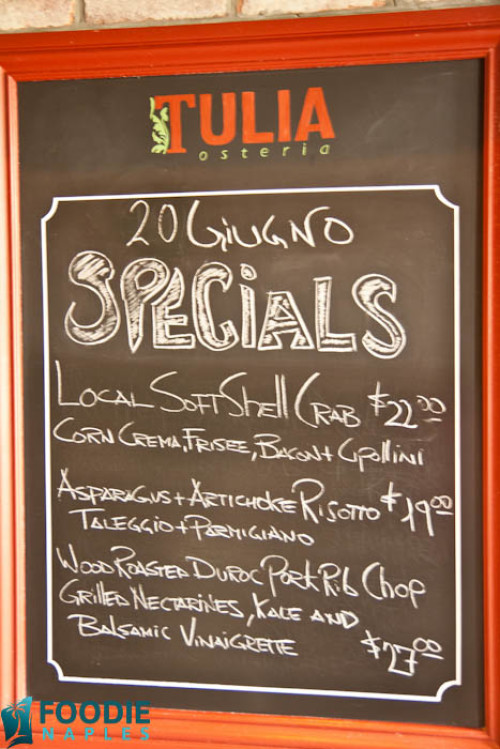 The menu at Tulia (which we’ll visit more intimately at a later date), changes daily and features almost exclusively locally sourced items which come from farms in the area, such as Collier Family Farms. You’ll find classics that you’d expect to find in an Italian Mamma’s kitchen, from homemade pastas and Sicilian meatballs to wood fired pizzas, and if you’re lucky fried pigs ears or sweetbreads. 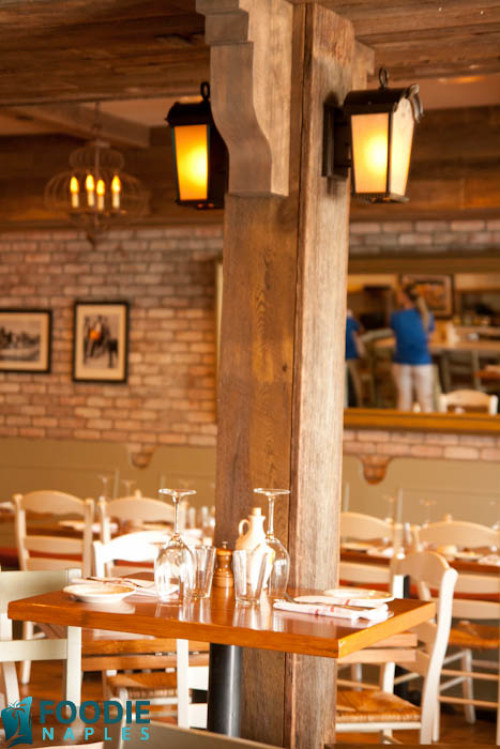 “Naples gets a lot of attention for its beaches and tourism — but why can’t it be notable for it’s food? I want to turn Naples into a Charleston (South Carolina.) It’s not a top foodie city in the country, but it has its own food-centric culture.”

Here at Foodie Naples, we have the same vision, and know that the Naples’ restaurant scene is simply bursting with potential.

Be sure to look out for news about Chef Vincenzo’s newest venture, Bar Tulia, which will be opening in the coming months, right next door to Osteria Tulia on Fifth Avenue South.

Have you tried the authentic Italian cuisine of Osteria Tulia yet? The next time you visit, make sure you tell them Foodie Naples sent you.