Living in Naples, FL, we get to enjoy the most beautiful, tropical weather almost every day of the year. But just like everything else in life, there is a Yin and a Yang. In the case of Florida, that means every once in a while we get to “enjoy” tropical storms or even a Hurricane.

Stefan and I have both gone through a few smaller Hurricanes during our times at the University of Miami, but they were mostly laughable. Our preparations usually concluded in a Hurricane party, enjoying Coronas and other adult libations; but never a major storm like Hurricane Irma and its aftermath. Thankfully, we have not had to deal with any really bad weather since we moved back to Florida four years ago. But that doesn’t stay the case forever when you live in a coastal US city.

For us, everything changed during the week before September 10th when the hurricane forecast models started pointing to a potentially devastating storm, Hurricane Irma, making a direct hit right here in Naples as a category 4+ hurricane. Thankfully DH is somewhat of a weather and news junkie, browsing multiple sites a day, so we were fully on top of the news of the storm as it started to develop.

This is the first of a series of posts that will highlight our experience and things we learned along the way before, during and after Hurricane Irma made landfall in Southwest Florida.

It was September 3rd, the end of a long Labor Day weekend when DH suggested that the hurricane models were looking like they were shifting further West toward Naples. Our initial thoughts were to get prepared to stay in place, knowing that traveling with a 140-pound dog and a (newly) blind cat might not be the easiest. We decided that although we had quite a few things set aside with our camping gear, maybe we should go grocery shopping for a bit more food and water to top off supplies. 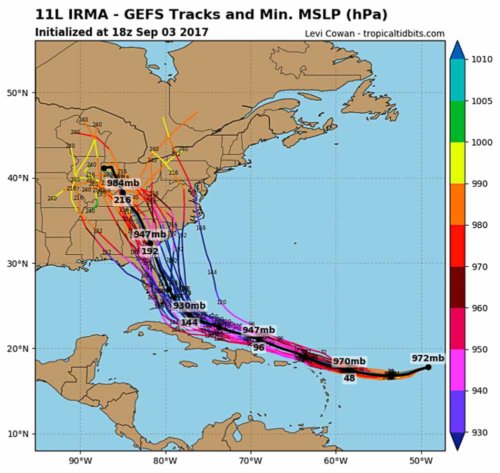 People looked at us a bit funny when we rolled up to the Publix checkout line pushing a cart overflowing with cases of water, canned soup, and other hurricane staples. As we looked around at the carts of the other shoppers, we started to wonder if we were overreacting a bit. There was clearly a significant lack of urgency in their faces and complete lack of hurricane supplies in other people’s baskets.

That all changed two days later on September 5th when the hurricane prediction models showed the storm moving ever closer to Naples. It appeared that most of the city started to shut down completely as everyone rushed to purchase gasoline, food, and water. 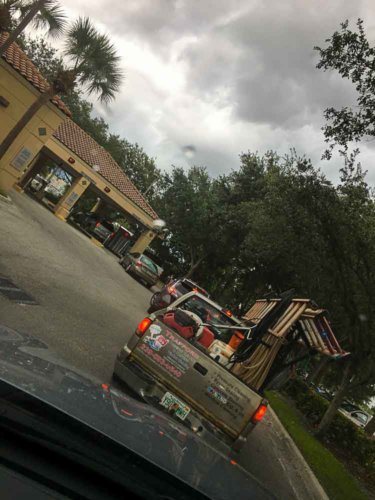 We stopped at Wal-Mart to pick up a few more supplies like cooking propane and gas cans but found that those types of basic hurricane supplies, as well as water and canned goods, were already starting to run dry. DH and I gave ourselves a little pat on the back that we weren’t standing in line for an hour to get a case of water or tank of gas just yet, and it felt great being ahead of the curve.

Which led us to the next question….. should we start installing shutters on our home? Nobody else was doing it yet, but how soon is too soon? And should we call someone to help install the shutters or just do it ourselves?

Since time was of the essence, and every model looked worse, we decided to get moving installing our own shutters (we’re thankfully on the first floor) and to find someone to take care of the upstairs units belonging to friends and family.

We were blessed to find two very entrepreneurial gentlemen that weren’t cheap, but they showed up three days in a row. The two of them reliably put up shutters on multiple difficult to reach second-floor condos and for ground floor owners not physically able to mount their own shutters. I think those boys may have paid for at least a year of college tuition with the work they did during the days leading up to the hurricane – and deserved every penny of it! Putting up shutters takes forever and it hot, heavy work! 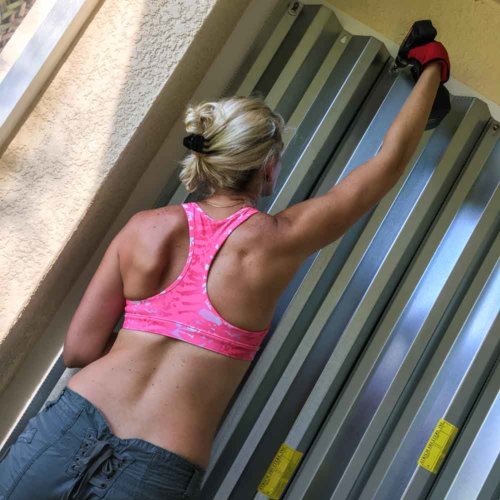 Once our home was fully secured and our supplies topped off, we started thinking about our office. The street where our web design and marketing agency office is located is prone to flooding, so our next preps moved towards there. We cleared out anything of value – computers, camera equipment, sound mixing equipment and all of the other electronic gizmos and gadgets we use on a daily basis – and took them back to our condo. 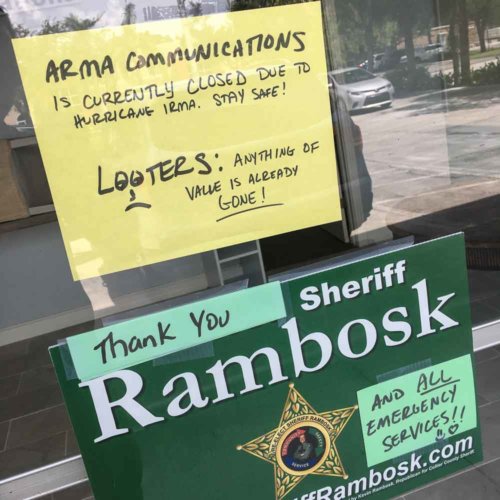 As we looked around the house on Tuesday evening, our shuttered up condo was dark as a cave with stacks of office equipment and hurricane supplies in every corner. It looked like we were moving, but didn’t know how to pack.

At this point, we were as prepared as we could be.

With the hurricane models looking direr with each update, and local and state politicians urging residents to get out if they could, the nagging question of the day was, “Do we stay, or do we go”? Both DH and I talked about the options a few times and somehow every choice seemed wrong.

Florida is a very long state (about 450 miles from end to end) and there were a lot of people already on the road, getting stranded due to a lack of available gasoline along the way and tons of traffic backing up the few main roads that lead out of the state. Because Irma was an absolutely massive storm, it stretched the entire width of Florida, causing millions of people to evacuate from the entire southern half of the state. We also had to consider factors such as finding a hotel that would take in Ayla, our senior Newfoundland dog, and where to even go to avoid this massively large storm.

The thing that held us back the most was not wanting to run out of gas along the way, and being stuck on the road along the way. There is always a kink in every plan. Ours was that we didn’t have any gas cans, and all of the stores we checked we sold out. Gas cans had been on our “to buy” list for a long time — but we just kept putting it off. 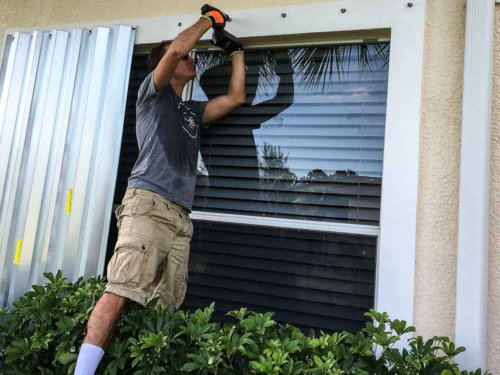 Thursday afternoon before the storm, we were done with everything and sat checking social media posts from friends. It seemed as if everyone around us was leaving town or already gone. Also on our street, neighbor after neighbor hit the road. It was an eerie feeling. This was the first time we REALLY questioned our initial decision to stay.

The final straw came as we were cleaning up our garage later in the day, just getting ourselves ready and looking for anything else useful. We paused at the life preservers we have for boating. DH asked, “Do you think we should keep these handy? 15′ storm surge means about 5′ of water in our house.”

That was it. We knew that even if the fuel situation was bad and we could be stranded on the road for some time, the alternatives of what staying meant could be a lot worse. And we couldn’t even think about putting an emergency worker’s life at risk just so we could stay and later need to be rescued. It was time to get out of there with a category 5 storm heading straight for our home. 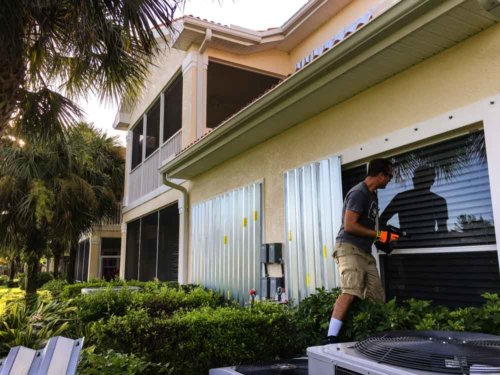