13 Reasons Why You Should Take Singing Lessons

Doesn’t everybody sing? Especially in secret, in the shower, in moments nobody is around or in the car with your favorite song blaring? I have definitely been guilty of that on more than one occasion. And that second when you realize that the person stopped in the car next to you has been watching for the last 30 seconds while you belted out a ballad is always priceless.

If you’ve been thinking about polishing your natural abilities, there’s no better time than now. Take it from a dad who never thought there was much merit in learning to sing properly.

Singing is as natural to humans as it is to songbirds, but many of us tuck our talents away out of shyness or sympathy for those within earshot. I know – I have been on both sides of that track. I had a passable voice when I was young, but age has put a lot of bark and bad notes in there somehow. I also wasn’t trained to sing, nor would I have thought that it was necessary when I was young.

And like many, as I got older, I started to believe that things like singing, shouting, skipping and playing in public just lead to embarrassment. But just because my singing voice wasn’t as pretty as it once was, didn’t mean I was going to give up entirely

After the pleasant and even extraordinary experience of seeing my son go through 10 years of voice lessons, I could no longer deny myself this privilege. This was a wake-up call of the highest order. From here on in, consider yourself warned: there will be some gushing going on here.

But let’s explore some layers of cynicism first. We can even tackle these one by one. 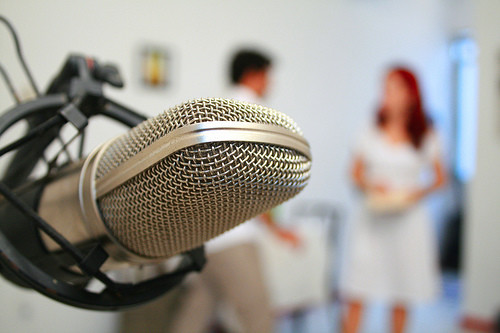 Now here are 13 concrete, solid, reasons why someone should take singing lessons:

In conclusion, I would have to say that the biggest myth about singing lessons that I ran up against was the idea that there was not much to it. You practiced singing and that was that.

This idea was debunked the moment my son took up the guitar. This was after many years of singing lessons when my son still had no training on a musical instrument. I assumed he was just practicing singing for 10 years, but as soon as he picked up the guitar he could play it well. He understood structure, scales and different keys and key changes. He had so much musical information to fall back on that his guitar teacher – after 25 years giving guitar lessons – said he has never seen anyone just pick up the instrument and learn it that quickly. Within six months, my son was performing with the guitar – and not just strumming, but using what is called the finger-picking style.

And, boy, I’ll tell you something, that kid can sing. I have seen only two people who can stop a crowd in their tracks, simple because the sense of pitch is so perfect, people have to quiet down just to comprehend what they are listening to. I’ve seen many performances over the years and I’ve only seen Art Garfunkel do that – just get a crowd to freeze in their tracks because his pitch was so good. The only other person I’ve seen do that is my son. 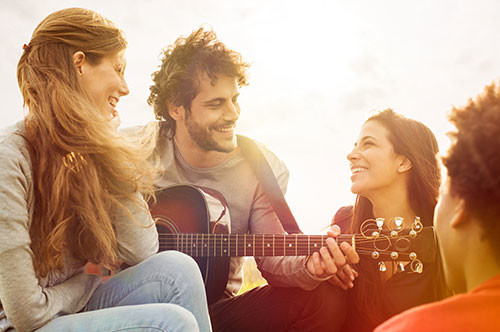 So thanks for reading my story and I hope it inspires you let your inner singer get some training – or even the musician in your family.