6 Things You Don’t Want to Miss in Rome, Italy

Rome is one of the oldest and noblest cities in the world. This city’s history spans over 2500 years, and it has been a center of culture, politics, power, and development since its founding. Adding to its mystery, stories of mythology and legend make up varying accounts of the founding of this majestic city. It has been ruled by a host of casers and empowers, as well as being the center of the colossal Roman Empire. 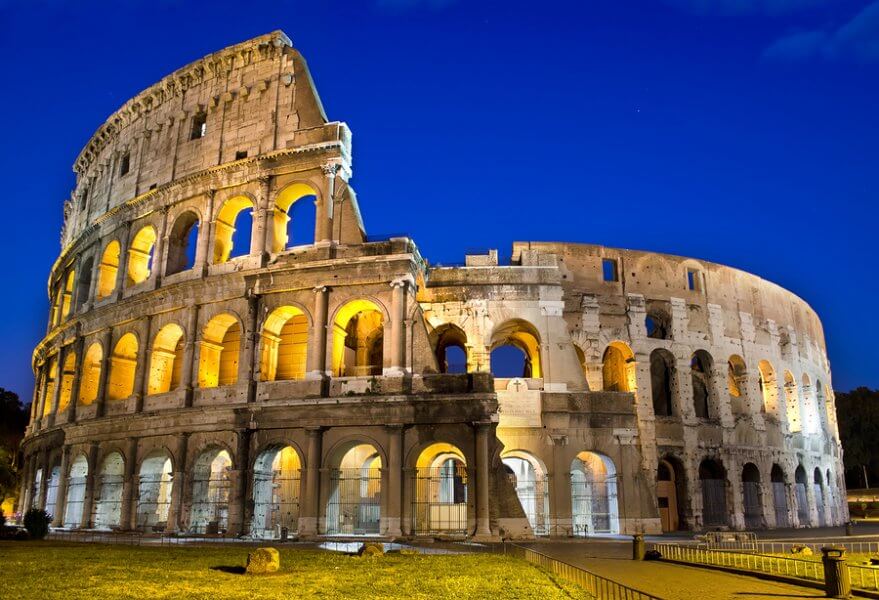 With so much history, it’s no surprise that various religious buildings, palaces, monuments, and museums have been built in Rome over the centuries. Many of them still stand today as beautiful reminders of the city’s incredible past.

Rome is one of the most sought-after tourist destinations in all of Europe, and with awe striking sites like Vatican City and the Colosseum, it’s easy to see why. Before you make any travel plans, though, if you need to obtain a visa for your trip to Italy, visiting the Italian consulate of Miami, San Francisco, New York, or any other large city can be hectic, so make your appointment as soon as possible.

If your time in Rome is short, here are the six things you don’t want to miss during your visit.

No visit to this glorious city would be complete without a visit to the Roman Colosseum. It is one of the most ancient and iconic sites in the world and was constructed from 70 to 80 AD. Also called the Flavian Amphitheatre, this mighty structure was built to hold as many as 80,000 spectators.

Gladiator tournaments, games, and various forms of entertainment were held within its walls, and they were regularly attended by citizens as well as emperors of Rome. The enormity of this ancient place is truly a sight to behold.

The Colosseum is located to the southwest of the main train station terminal. It is easy to get to, and there’s also a nearby metro station for convenience. Just like planning a visit to Florence, it’s best to purchase your tickets for major museums and attractions online and well in advance of your trip to avoid waiting in long lines.

St. Peter’s Basilica is one of the most celebrated and widely recognized religious buildings in Europe. Considered one of the holiest of shrines for the Catholic religion, it stands triumphant and powerful at the far end of St. Peter’s Square in Vatican City.

The front of the Basilica is beautifully adorned with statues to honor Jesus and his apostles. The inside of the building is just as spectacular with stunning decoration and architecture that has earned it a place among the most beautiful buildings of the entire world.

Bernini and Michelangelo both contributed to the detail of the design, and the sheer amount of decoration is impressive. Even the sun’s light was taken into account, and it falls in stunning rays at various points throughout the day. Be sure to climb up to the top of the dome for an awestriking view of St. Peter’s Square.

The Pantheon is located in the center of Rome on the Piazza dell Rotunda, and it’s sure to be a highlight of your trip. This mighty structure is one of the most well preserved of all the ancient Roman ruins, and it’s also one of the most famous. The Pantheon was constructed by the emperor Hadrian in 118 AD.

The structure was constructed on a site that previously held a temple built by Agrippa. In fact, the rectangular porch with its gigantic columns in the front of the building houses a monument to Agrippa. Inside the structure is a magnificent dome that was created using a series of stone patterns that allow sunlight to spill through beautifully.

The Roman Forum is considered one of the most famous ruins in Italy. This ancient site and its various ruins were once the center of political and public life in Rome. The location once held many temples, including temples to Titus, Saturn, and Vesta. There were also many squares and arches here, with one of the most famous being the Arch of Severus.

A surprising number of these structures have withstood the test of time, and you can stroll through ancient foundations and walls, as well as view many of the original arches. The Roman Forum is located next to the Colosseum, so plan on visiting them both in the same day, just be sure to allow plenty of time to explore.

The Sistine Chapel is located in the Vatican museum complex, which houses over 70,000 pieces of artwork besides the chapel itself. It is undoubtedly one of the most world-renowned religious chapels with its stunning detail and imagery. Situated in Vatican City’s Apostolic Palace, the chapel went through extensive restorations in the 1400s.

The papal enclave that selects the new pope is still held in the Sistine Chapel. But it is most widely known for its detailed and extensive artwork that depicts the Last Judgement in a famous fresco painting by Michelangelo on its ceiling.

This structure and its wonders are not to be missed, so try to allow plenty of time to explore this influential and magnificent piece of religious history and the museum complex that surrounds it.

If you want to get a true feel for the city and experience the authentic Roman lifestyle, visit this old neighborhood in Rome. Trastevere is located on the west side of the Tiber River, and its narrow, cobbled streets abound with character. Head to the area for culture during the day and lively nightlife at night.

You’ll find ancient houses line the with winding roads as well as an abundance of cafes, pubs, restaurants, and bars. Laundry hanging out between the buildings and locals shouting from building to building are a common sight. Trastevere is Rome in its most simplistic, unabashed form.

Rome is a beautiful city full of ancient history, culture, and art. While these are the six things you won’t want to miss on your visit, there are many more incredible sites to see. If you can afford the time, it’s worth spending several days exploring this iconic city.