Adding to the Defender

Well, the first roadtrip is behind us and we have decided that there is a few more things the truck needs. So when Saturday morning came around Stefan and I headed up to Wiesbaden, as we had heard about an offroad outfitter specializing in Defenders up there.

Getting to the place we where blown away. There must have been at least a dozen old Defenders and Series Land Rovers standing around ready for dsmanteling for parts.We chose to stay with new parts and picked several protectors for various parts of the vehicle.

Back home it was time to get down and dirty installing the various parts. The first project involved attaching a front ground protector which turned out to be the easiest project of them all. Four bolts through pre-existing holes in the undercarriage and voila project number one was done. 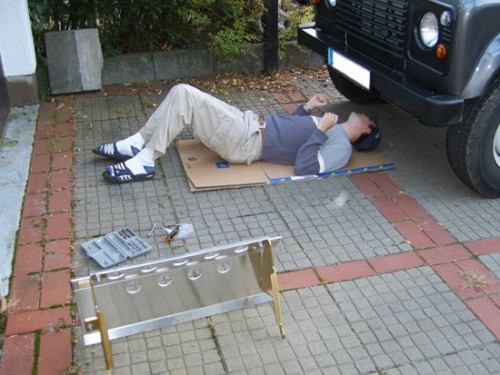 On to number two: Protective grills for the headlights. This involved drilling eight holes into the body of the Defender. Stefan was scared. What if you mess up? There’s no going back. But with carefullmeasuring and a lot of sweat even this task was completed relatively painlessly. 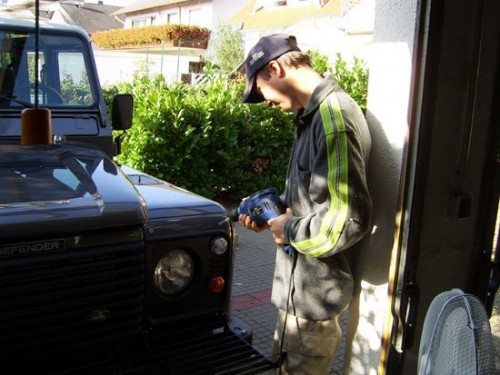 Now on to the bumperettes for the back and the truck is as protected as we need it to be from rocks and bumps. This unfortunately did not turn out as easy as we had hoped. The holes for the bumperettes did not fit with the pre-drilled holes in the defender and we had to improvise. After about 5 hours of work we finally finished this project which should have taken 30 minutes at the most. 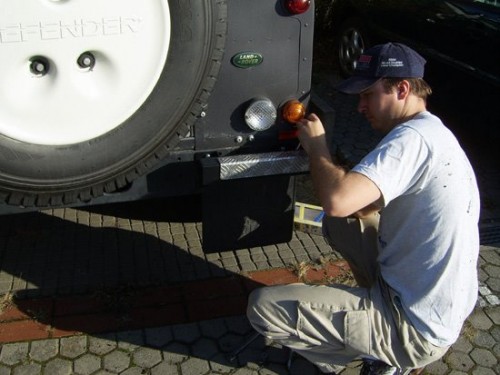