Before and after: Guest bathroom

I’m going to try to go in some sort of order here but we’ll see how that goes. Actually, one of the first things we did was start throwing things away – but it’s hard to see the progress there…although we did trash about 3500 cubic feet (100 cubic meters) of random things from around the farm.

Anyway, one of the first things we took on, a bit by accident and completely on a whim, was the destruction and rebuilding of our guest bathroom downstairs.

This was our downstairs guest bathroom before we did anything to it. The family of the previous owner (PO) said the bathroom was built in the mid-80’s and was the first and only bathroom in the house until that point. There has been an outhouse for a while but we also believe that was built by the PO in the 1970’s. Before that? Well, I guess they just had a latrine or something….or maybe there was a less permanent looking outhouse in the current location? Apparently a new outhouse was one of the first things the PO took care when they bought the house 30 years ago and I can certainly understand why.

Almost the entire bathroom was avocado green in some way. From the rugs to the accessories – just way too much green. The tiles are actually Villeroy and Boch on the walls in here and we still have a couple boxes of them. I keep saying I’m going to make a collage or something so we can remember how insane they were… 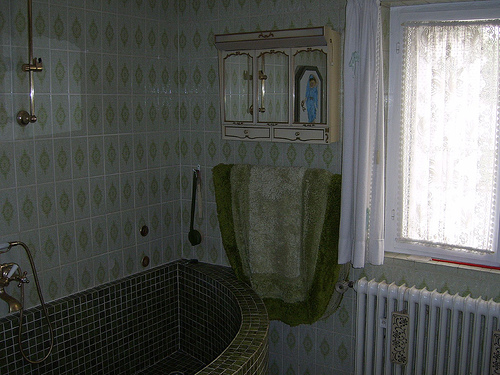 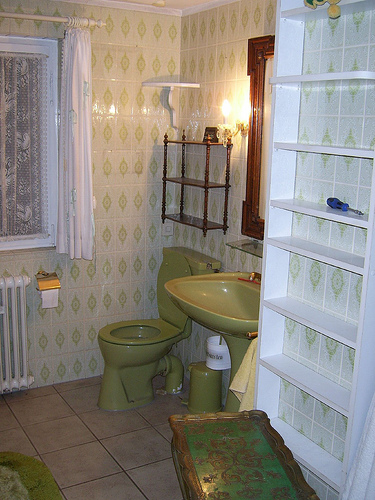 Then of course we started demolition one afternoon because we wondered what were under the ceiling tiles. We did actually find the wooden beams we hoped would be up there but they’d been restored in no way so we decided to cover them back up. Plus the steam from the shower wouldn’t be very good for them not to mention the fact that they would probably be a nightmare when decorating that room. 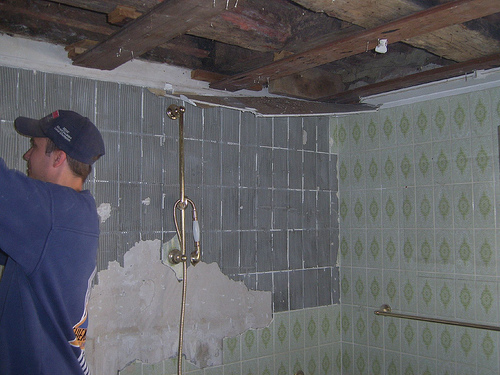 As you can see we actually took all the tiles off the wall – and of course later realized that we could have just painted over them which would have been vastly easier and cheaper…but so it goes. It was a pretty good stress reliever for us 🙂 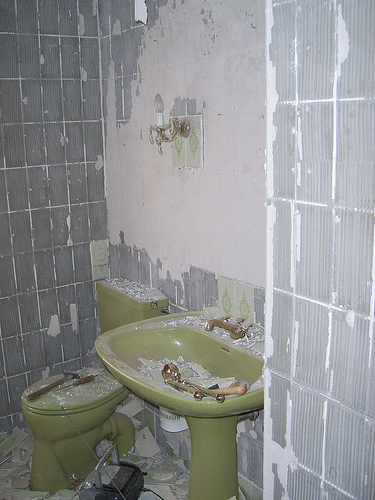 And after all the trash containers we’d had at the house, we decided to start this project when we didn’t have one. It was really filthy work, especially bringing down the ceiling, and once we ran out of space in the trash can we realized we might as well just put it all in the tub for the time being. For some crazy reason we also decided to take out the toilet which meant we got to use the outhouse for a few days until the new toilet arrived and was installed. 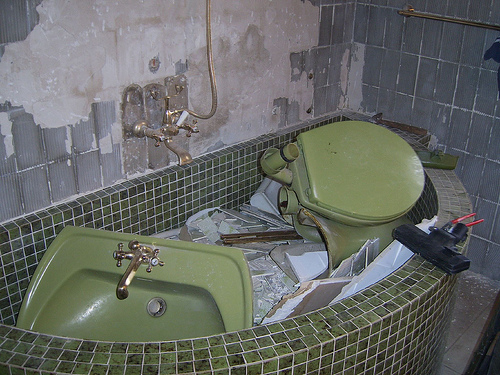 And here’s where we are today. A simple white toilet and bathroom furniture from IKEA… 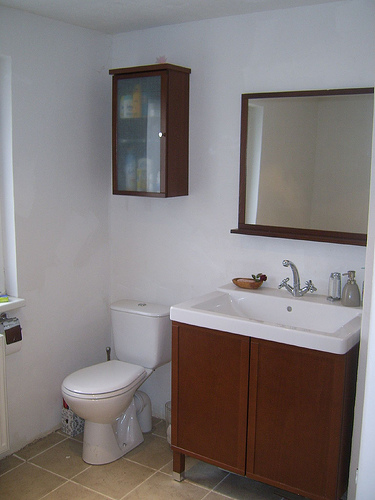 We had to leave the massive tub, of course, because not only is it great for washing the dog but it’s just really cool. The PO built it from concrete himself. It would take us forever to get it out if we wanted to…but we figure the only thing we’ll probably do in the future is retile it with something more modern and not quite so green.

We also did a lot of changing to the door leading into the bathroom. It used to be all the way against the wall, just under the stairs (which you used to also be able to glimpse before we renovated the entryway). 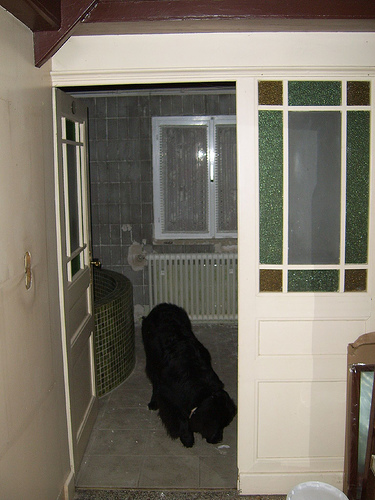 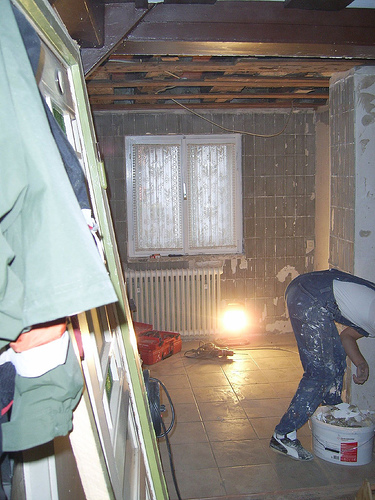 The beams looks so pretty here, I would have loved to keep them out….perhaps a project for another century when the bathroom needs to be renovated 🙂

And once the door was out, he removed the frame and built a few wall out of drywall. Much better than the plywood wall that was in there! 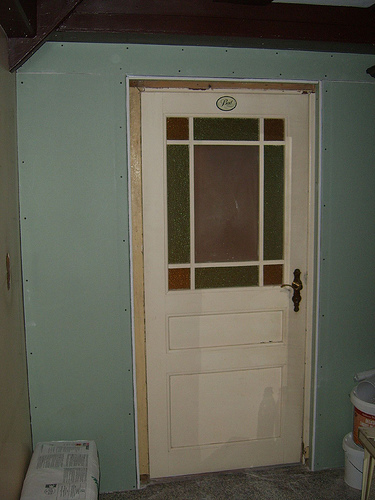 And the finished product, freshly painted and everything 🙂 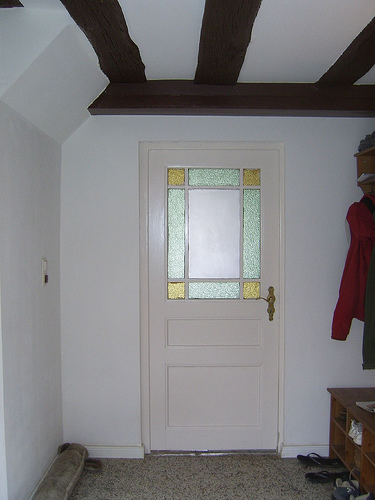 Tomorrow…the kitchen? Or my office? Guess you’ll just have to come visit and see 🙂