Here we stand on Friday morning

Well they’re done with knocking holes in our outside wall…at least for a little while. The next step for that wall will be putting in the windows and doors when they finally arrive in a few weeks. 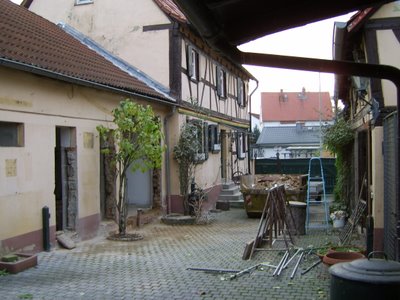 Apparently we’re probably going to need another trash container as well. Of course it was too good to be true that one would be enough…but at least these are much cheaper than the others we had…smaller but not by much and still much cheaper. 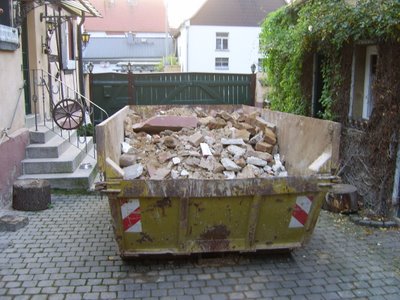 We can even slowly start to tell what it’s going to be like when you’re inside the kitchen & look out into the courtyard. Looks quite fine I must admit. 😉 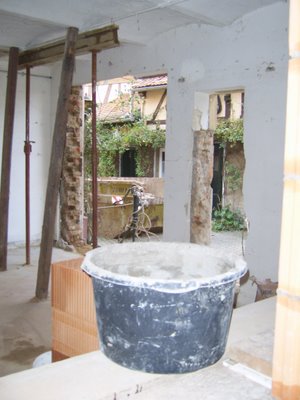 This wall closing off the kitchen is mostly done as well now. There will be a steel beam going up at the top for support which will likely be installed sometime this afternoon…and of course the lights up there will have to go but we weren’t attached to them anyway. 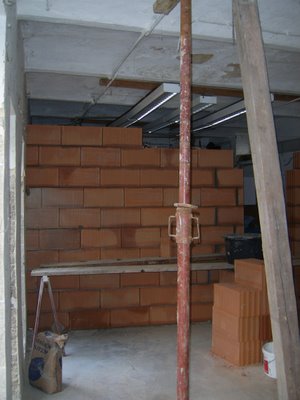 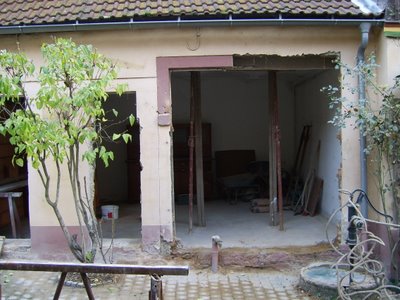