How to organize manuals with Evernote

Have you ever noticed how manuals for things you buy just seem to stack up. And they never seem to get smaller but rather longer and longer. Mostly it’s due to the inclusion of 4 pages of warnings thrown in to the front, instructing you not to be an idiot and use some common sense. But there is also the need to have the manual in 15 languages so whatever it is you’ve bought can be sold all over the world without repackaging. While it’s smart and more practical for the businesses selling their wares worldwide, it’s a bit of a nuisance for those of us who really only need the manual in one language (or at the most two) so we can turn on the TV, make dough in the mixer or take photos with that new camera. 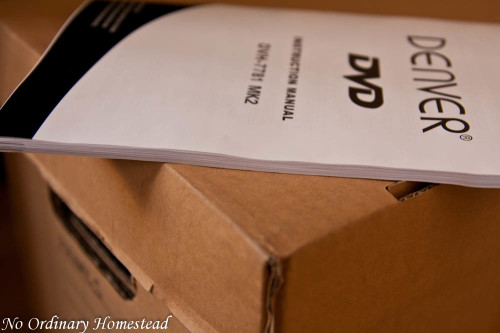 For the past few years, this is how I was keeping my manuals organized: 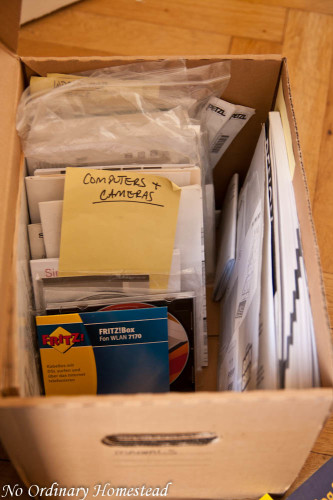 It wasn’t so ingenious and not all that pretty, but at least it kept them all together. In the rare occasion when I needed one of them, I would just rifle through the box and find what I was looking for. The dividers helped to classify the manuals, making the process go a bit faster. But in general, it was just a box of useless junk on the shelf for 99% of the year.

I’ve heard and read about people who decide to put their manuals into plastic sleeves and store them in a binder, all nicely labeled. While the OCD part of me likes that idea a lot, it still didn’t really seem to be the ideal way to tackle all the paper. My goal is really to eliminate the paper altogether, not just organize it differently. Because in reality, I rarely use these manuals. And sure, I might be able to sell the item for a buck or two more on eBay if I happen to have the original manual. But really, is that a good enough reason to hold on to two boxes of manuals in the off chance that we won’t use the item until it falls apart or breaks?

So, this is what I did instead.

How to Organize Manuals with Evernote

First, I grabbed my box of manuals and set it down beside the couch one night. Then I got to work on Google. I searched for the maker and model of whatever item I had a manual for in my hand plus “PDF.” For example, in the search box I typed “Primera LX 400” + PDF. Sometimes the quotes weren’t needed. But usually it helps to find the correct item. Then I opened the PDF, made sure it was what I needed (and in a language I could read) and saved it to my computer.

**Let me give you a tip — if you are considering doing this, it’s a good idea to grab the manuals online as soon as you can. Over time, devices get updated and changed. And the manuals change along with them. But chances are, you’ll still be able to figure out what you need to know to get that ice cream maker running properly even if it’s not the same model as yours in the book.

Once I had the file on my PC, I went into Evernote and created a new Note. Then I attached the PDF of the manual to the Note. Voila

I created a new Note for each manual/product and that’s really all there is to it. 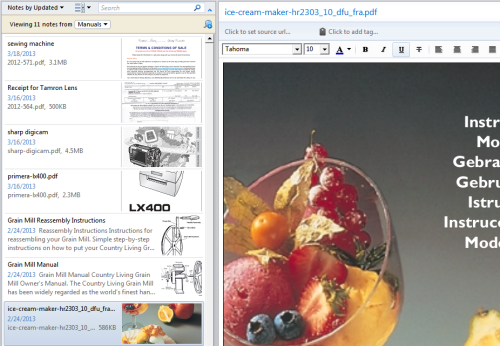 If you want to take things to a new level of nerdy, check out this great post from a fellow Evernote Ambassador about using QR codes to locate your manuals quickly when you need them!

How do you organize your manuals? Or you do you just chuck them when they arrive, figuring that you’ll never need to look in it anyway? 😉