The Mediterranean Coast is just gorgeous. I mean, really, really beautiful! And it’s because of this natural beauty that many people find themselves torn when it comes to choosing where to spend their summer holidays. Personally, I favour the countries of the Adriatic, but again there’s the problem of choosing between Italy and Croatia. The food is always a huge drawing factor in Italy, plus even if you’re camping, you’re certain to have a great time.

The good news is, where ever one is thinking of heading, there are still loads of really cheap holiday deals for 2013 right now, so if anyone else has been or is going to Croatia (or anywhere else fabulous), please leave a comment and tell us about it!

If we did head to Italy, we’d likely take the car, since leaving the dog behind for a few weeks has never been an ideal choice for us — not to mention that Italy is extremely dog friendly, especially when it comes to Newfies. We would be driving down the Amalfi Coast and I am so excited by all the things we’ll get to see along the way. Despite the size of this little nubbin that sticks out from the southwest coast of the country, we’ve found that there are a huge number of great places to visit.

I think the Villa Cimbrone Gardens in Ravello would be a real highlight for me. The villa itself was built in the 11th century and I’ve read that the gardens surrounding it are out of this world. In the past it played host to a number of illustrious guests including Virginia Woolf, Greta Garbo and Salvador Dali. 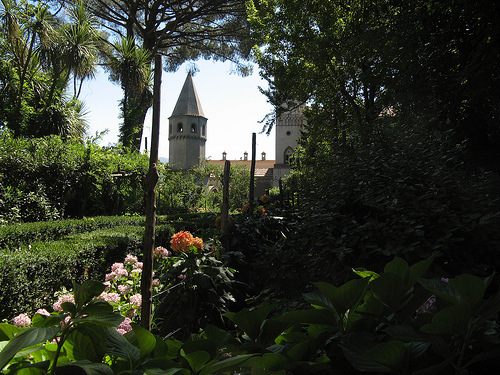 Another spot that will appeal to the hidden architect in us all is the cathedral at Salerno. Also built in the 11th century, it was remodeled in the 18th century, but sadly sustained extensive damage during an earthquake in 1980. The cathedral is dedicated to St Matthew because rumor has it the remains of St Matthew lie underneath the altar.

And since you know I love food, one of the big highlights would of course be an authentic Italian bite to eat at the Ristorante Palazzo della Marra in Trattoria. The interior is supposed to be incredible – a restored 12th century palazzo with a huge vaulted ceiling — and the menu sounds nearly even more impressive with a great selection of meats and fresh seafood.

And all of this before we wind up in Sorrento, where we can come face to face with Mount Vesuvius and maybe attempt a bit of snorkelling off the coast! 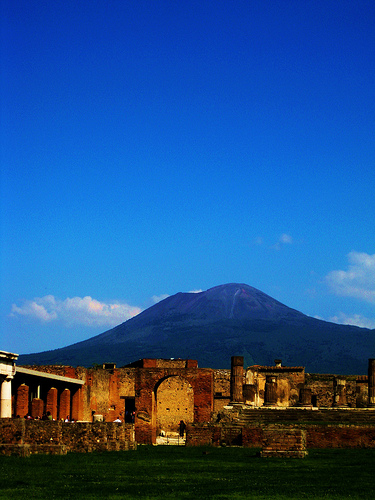 Like I said though, it really is a tough to choose a good vacation spot in Europe because there are just too many great locations to consider. Even once we’d narrowed it down to two spots like Italy and Croatia, there’s a ton to consider. There are some unbelievably beautiful spots across the water in Croatia. And with 1185 islands on the Dalmatian coast, I can think of few things finer than setting out with 6 months ahead of us to go exploring them all!

Dubrovnik is a gorgeous coastal town that earned UNESCO World Heritage status back in the 1970s. From what I can tell it’s an absolute rabbit warren of tiny streets lined with ancient buildings. If we ever went there (it’s very busy, so we’d probably try to avoid it in peak season), I’d love to see Big Onofrio’s Fountain (has to be worth it just for the name!) and to take a walk with the family around the city walls to take in the full ambiance of the place.

I’d also really like to spend some time at the Zrmanja river, which looks utterly spectacular in terms of scenery and would be great for a kayaking adventure! I want to see the Mimara Museum in Zagreb – this neo-Renaissance palace houses more than 3700 different works of art from a huge number of artists from around the world, and I just think it would make for a wonderful dip into the culture of Europe.

No matter where we end up this summer, we’re certain to have a great time. With a bit of research and planning, we’ll be ready to explore and take in all that Europe has to offer!