At some point in your life, I’m sure you’ve heard about a little party held in Munich every year called Oktoberfest. But did you know that it’s actually held the last two weeks of September, leading into October? Tomorrow at noon the first keg will be tapped by the mayor of Munich and the fun will begin. We have had the privilege of attending Oktoberfest in 2000, 2001, 2002, 2003, 2004 and 2005. After that, things began to get a little more crazy in our lives so we weren’t able to attend. Plus the event was getting a little more overrun by unpleasant guests and we didn’t feel like partying with them. But we happen to be in Bavaria this weekend so we decided to let Mackenzie go to her first Oktoberfest. She’s already got her dirndl and everything so why not?

Here’s a couple photos of our last Oktoberfest in 2005. We had a table with a bunch of friends and family in the Hippodrom tent. The food was incredible and we had a great time. And after our table was up, we met up with our friends Steffen & Steffi who actually got engaged that night. Who says nothing cool ever happens at Oktoberfest? Clearly they’ve never been! 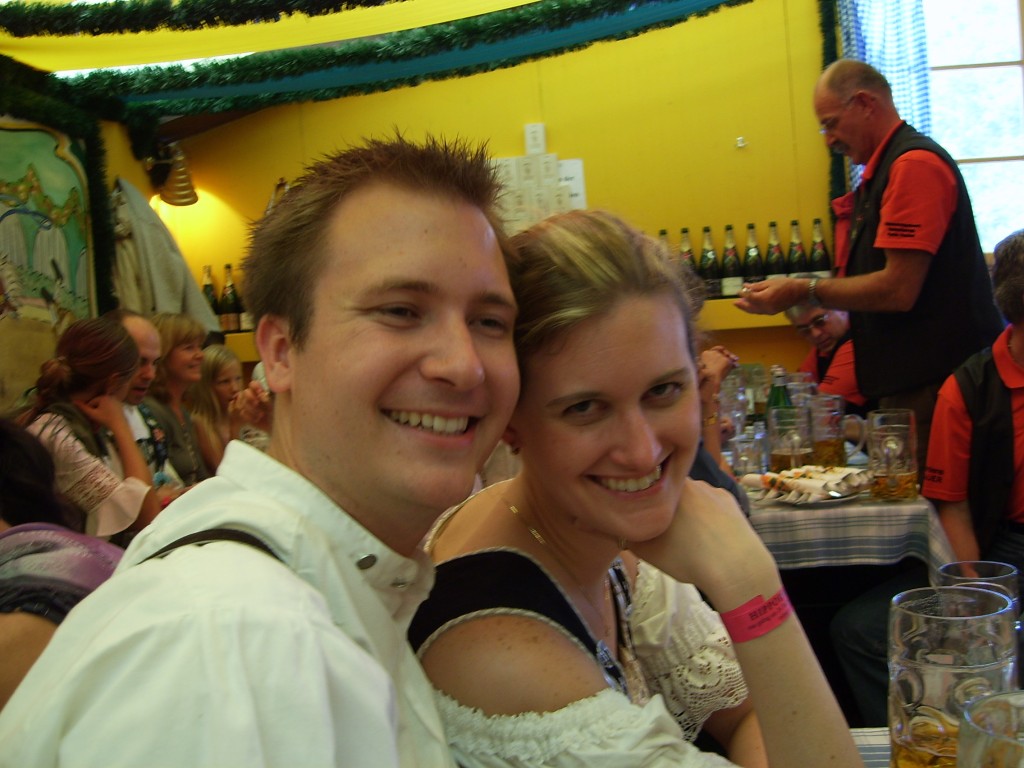 This is the outside of the Hippodrom “tent.” As you can see, that’s a bit of an understatement because these really are more like buildings that they construct for the 2 weeks that Oktoberfest runs. 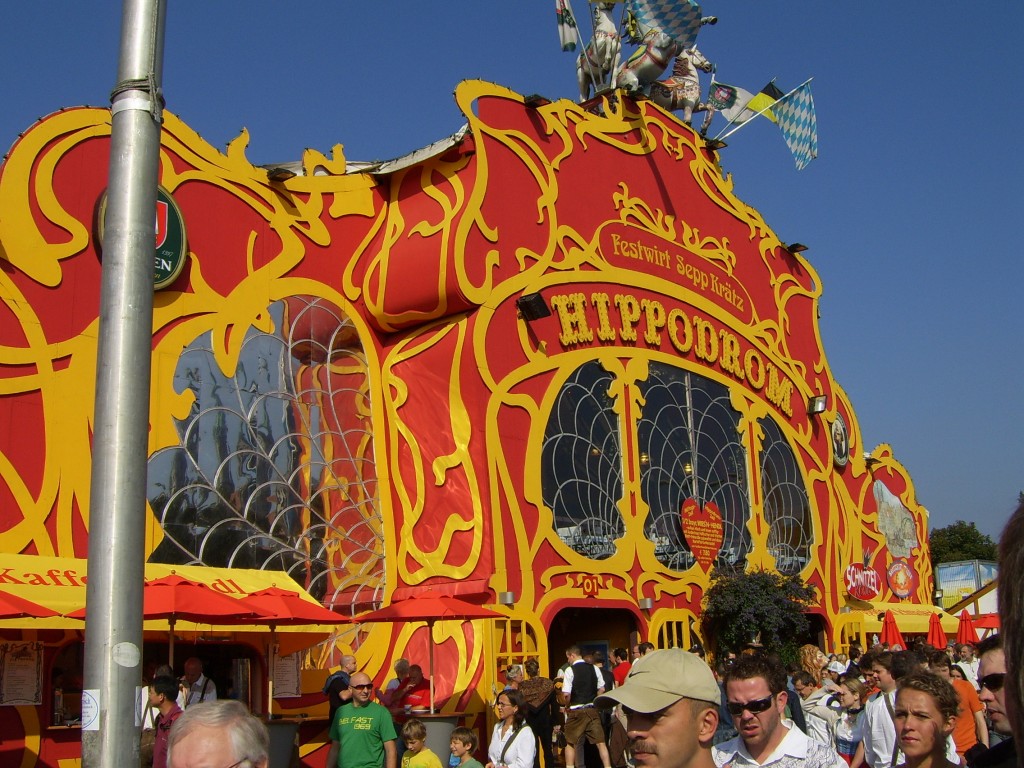 And here is the inside of the Hippodrom in 2005. Each year they are a little bit different and all the decorations are completely redone every year. The platform all the way at the back is where our private tables were. And the champagne bar. As you might imagine, there’s something for everyone at Oktoberfest; even for those that don’t like beer. But let’s be honest, if you don’t like beer, you might want to think about skipping Oktoberfest and just hitting up a wine bar instead.

Send us your good weather vibes and prayers for Sunday. There’s rain in the forecast but it’s absolutely beautiful outside now and we’re taking that as a sign! We’re keeping this weather until the weekend is over!! No clouds, warm and just perfect for checking out all the sights and sounds with Mackenzie. Have a great weekend everyone!!