Our first few hours in Hamburg

As I mentioned on Monday, our trip to Hamburg this weekend was really fun. And although we missed the munchkin, she was having a great time at home with Oma and Opa. Apparently Ayla was the only one that did some pouting.

When we got to the airport in the morning, the first thing that greeted us when we got into the airport was this. Now maybe I was just a bit sleep-deprived or giddy about spending a whole weekend with adults, but I thought this was awesome. And as we walked further into the airport, we realized it was an enormous ad for Maker’s Mark…and second reason to really love the sign. I swear, this whole ad (not this little piece of it) much have been at least 200 meters long. It just went on forever. 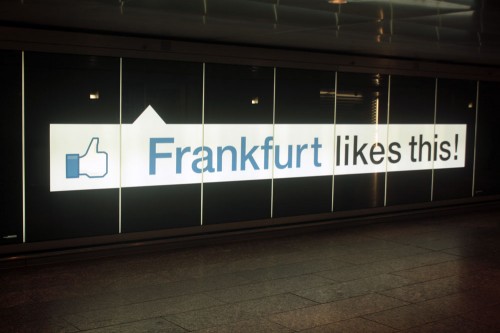 So we got to the city, did a whirlwind check-in at Gastwerk (which was a really awesome hotel) and headed down to the city center of Hamburg to meet up with everyone. Our first event was a walking tour of Hamburg and our group must have looked like some of the world’s most typical tourists, loaded down with cameras and Starbucks cups. Normally all the red carpets and Chinese lanterns wouldn’t be at the base of the rathaus…but the usual location of this festival was otherwise occupied so they were having it here. I have to say, I’ve never wanted Chinese food at 9am than I did at that moment. It smelled awesome! And yes, those people are doing Tai Chi at the bottom of the photo. It was a very random moment. 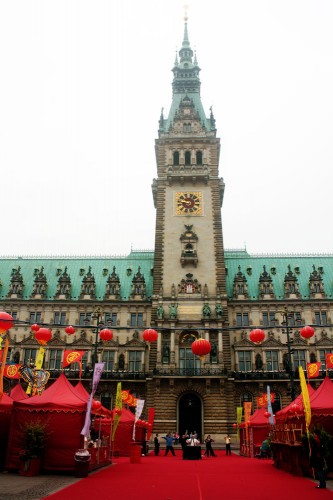 Hamburg is the sixth largest shipping port in the world and there are not only lots of ships to be seen hiding around the city…but also lots of water. In fact, there is a canal that runs right next to the Rathaus…and in it you will find Hamburg’s treasured swans. They are not to be harassed in any way, and there’s even someone that comes out and gathers them up in cold weather to make sure they stay warm. Personally, I think that job must be terrifying…because I’ve never heard of swans being friendly. But we did get some good laughs over the law which states that the birds are not to be “insulted.” Not sure how you would insult a swan, but if you decide to try it out, please video tape it so I can laugh at you. 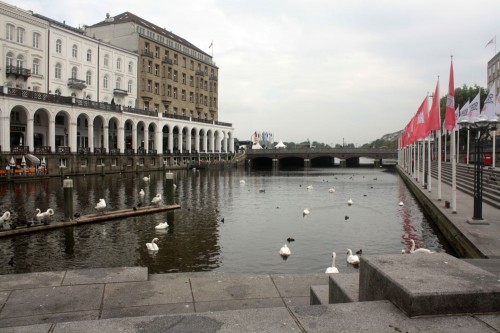 The architecture in Hamburg reminds me a LOT of Amsterdam. They use tons of bricks, everything has a very maritime feel and the leaning houses with unmistakable stepped facades are just impossible to overlook. 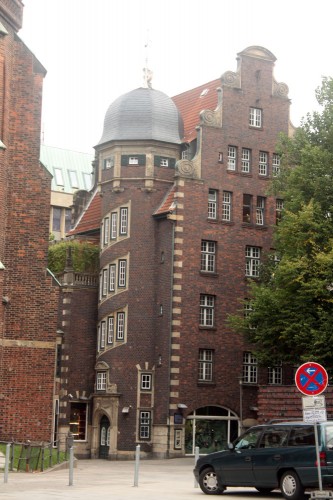 Of course, Amsterdam does not in fact have this building though: the Chilehaus. I took quite a few photos of it because it was simply fascinating. The building was actually constructed to look like a ship…and I’d say they managed to come fairly close. The details of the building are the best part, though. And you’ll have to visit the NOH Facebook page to see more. 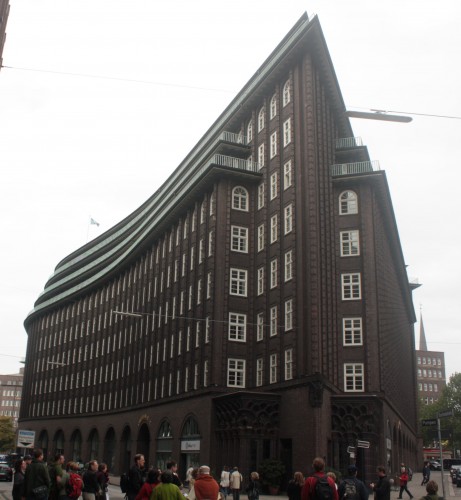 And then there was St. Nikolai church. This place was incredible. The church was mostly destroyed during the bombings of World War II and in 1951 the majority of the main part of the church was actually dumped into the shores of the Elbe River. The red bricks you see in the photo are newer bricks, being used to maintain the structural integrity of the church. It’s primarily just a memorial now but even in it’s lesser state, the church is still really impressive. And it’s one of the tallest buildings in Hamburg so you can see the huge spire from all over the city. 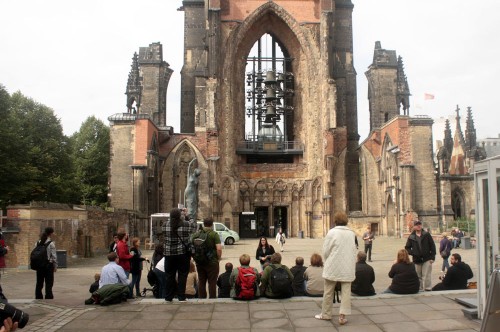 So this is just a little taste of what our trip was like. This wasn’t even half of what we saw on the walking tour…it’s just as far as I’ve gotten with my photo editing since Photoshop apparently hates me these days. But you can go see more of Hamburg on the NOH Facebook page and tomorrow I’ll be sharing a few more of the strange and obscure things we saw around the city! 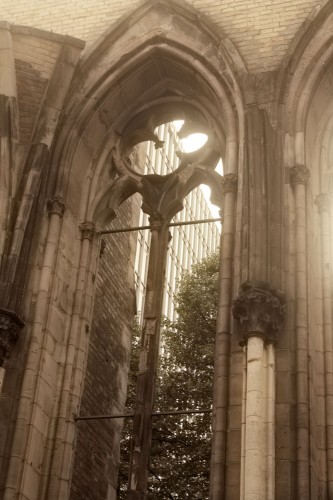