So you want to move to Germany… Public Transport 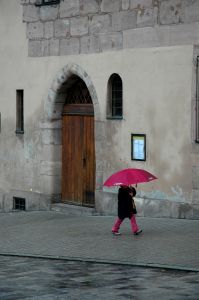 Imagine this if you can…

You move to a new country and some of the first things you buy are a washing machine and a kitchen (a topic I will later get into), but not a car. And you don’t move your car over with you either.

But you’ve grown up in a place where it was always necessary to have a car and people rarely walk or bicycle anywhere, because it would just take forever since most towns and cities are really sprawling. And using public transportion like trams, buses and subways isn’t even a remote possibility unless you live in a major city…and if that city is Miami, those options are still thoroughly useless (although they have gotten a lot better I’ve heard in the last few years).

One of the first things that a lot of American expats notice when they move here is that having a car is no longer an absolutely necessary part of life — and in fact, things may be a whole lot easier and more relaxed (and certainly cheaper) if you never have to buy a car. But it is a little tricky to get your head around at first. And there are certainly benefits to having your own car (or at least renting one from time to time) but I’ll save all that for another day!

The infrastructure of Germany (and parts of Europe) and the public transportation system here can probably only be rivaled by Japan (which I am told has one of the most incredibly efficient train systems in the world). Germans are generally known for their punctuality, and in most cases, you can depend on the buses, trains, trams and so on to be running on time in Germany. This applies to the local in-town things (buses, trams, subway) as well as the longer haul trains going across Germany and beyond. Unless there’s a strike. Which is another subject altogether.

How We Did It

Our first couple of years in Germany, we had no car and only walked or used public transportation to get around. We also rented a car once in a while for travels (like while planning our Bavarian wedding) but mostly just enjoyed not having to sit in traffic on our morning commute to Frankfurt.

In our local town, we hoofed it a lot of places like the weekly market on Saturday mornings since it was the most practical option. There were buses that moved around but oftentimes, you’d end up waiting longer on a bus to arrive than you would have if you’d just walked. And since they don’t stop everywhere and usually make a lot more stops than where you want to go specifically, it can take a good while to get where you’re going.

We walked to the grocery store around the corner once a week for food and drinks, making sure not to pile too much into the shopping cart because carrying it back could become a problem. Needless to say, throwing a dinner party for friends got interesting when you had to carry all the food and drinks home. And we also took the bus to the mall as well as the home improvement store. I have to admit that it was interesting to bring potting soil and pots on the bus with us, but we were definitely not the first to do so.

The only times that it got a bit unpleasant to travel by train was going to Oktoberfest. If you plan to take a train to Munich for Oktoberfest, book as early as you can so that you might have a chance of getting a seat reservation. If not, you will end up sitting in the areas by the doors on your luggage. It happens pretty much every year and we’ve done it before. It’s an interesting experience and certainly adds to the Oktoberfest atmosphere…

Short Distance Travels Without A Car 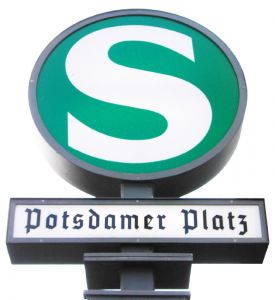 Most large cities in Germany have very well integrated public transport systems and you’ve likely got a bus, tram or subway station within 5 minutes walk of your house or apartment. And yes, walking is a perfectly acceptable form of getting around town, as well as using a bicycle (which is an entirely different aspect of life in Germany). Out in the small towns and villages, the infrastructure is also usually pretty good, but it may be that the trains only run once an hour during the week instead of every 10 minutes, which can make it necessary to give the Bahn schedules a lot more consideration when you’re planning to meet up with friends for drinks.

In most cases, all short-haul public transport stops between 11:30 pm and about 4:30am (later on the weekends) or runs very infrequently. And on Sundays, most of the short-haul options are cut in half (or quarters) meaning that if they run every 30 minutes usually, they may only run once an hour or once every two hours. So if you’re out partying until 2am somewhere and want to take a train home, you’ll either have to wait for a good while or take a cab instead.

Most of the time you cannot buy tickets for these trips online, but instead you use a kiosk ticket machine at your local station or a ticket counter with a live person (if one exists, which is generally only true for larger depots). For buses, you can usually buy tickets on board if you get in at the front door. And some trams also have machines on them to buy your tickets.

One can also get monthly tickets if you are traveling with bus, tram or subway on a regular basis (ie daily) because it is usually around half price if you are riding at least twice daily. These are usually bought via a person in major train hubs or the Hauptbahnhof. In Frankfurt, there is actually a specific window just to buying these frequent rider tickets. They are good for all types of public transport with a designated range that you pay for. Usually, there will be a flat rate that covers an entire city as well as another rate on top that would include going out into the suburbs (which you’d really only need to pay if you lived outside the main area).

If you are visiting a city, there are also day tickets which can usually be bought via the ticket machines (which also have a feature to switch them to other languages like English) which are for single people or groups (usually 4-5 people with 2 kids) which allows you go all over the city using public transport without having to buy tickets every time you make a new leg of your journey. For example, if you’re going from A to B in the morning, then B to C in the afternoon, then back from C to A that night, you can buy one ticket to cover all those trips. Or if you’re travelling with friends or your family, it’s often cheaper to get the day group ticket for just an A to B and return trip than it would be to buy all the single tickets. 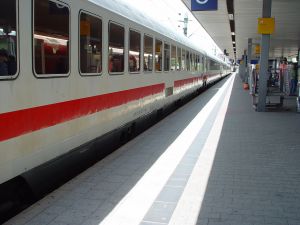 Traveling by train from city to city in Germany is a great way to get around and can be very inexpensive. You don’t have the hassle of checking bags and security clearances like at airports (nor do you have to be there an hour early) and you can sometimes get trips across Germany for as little as €20-30. Usually, the longer in advance you book your tickets, the cheaper they will be.

You can also get a BahnCard which you generally purchase for one year and it allows you to receive a discount on train tickets (the long distance ones only, not local transport as far as I know) depending on the card you buy. Cards are 25 & 50 classes, and will either give you a 25% or a 50% discount on most travels. If you travel a lot via train and don’t plan your travels a month or two in advance, they are definitely worth looking into.

There are also often monthly specials and speed trains that offer a great advantage over taking a car. If you buy a long distance train ticket, you can also ride on the public transport in your departure city and your arrival city for free on the days you are scheduled to travel (although I believe it’s supposed to be within the realm of you getting to and from the train stations).

There may be times when you forget to buy a train ticket because you’re in a hurry or you take the train after your monthly card has expired…and you get caught by the inspectors that randomly hop on and off trains all over Germany every day. It is illegal to travel on the train without a valid ticket (even if you lost your monthly train card) and you will be fined. I think the standard fine right now is €60 and there are no exceptions (like “I was in labor” or “I don’t speak German”). They just get you to step off the train at the next stop, take your info & give you a ticket. So make sure you have a valid ticket before you get on just to save yourself a lot of hassle.

Also, in many cities, like Munich, you’re also supposed to stamp your ticket at the turnstile before getting on the train. If not, you may be fined.

What do you think about the public transport in Germany? Do you take the trains regularly? Or do you prefer to drive? Or are you a walking & bicycling type of person?