Germans are big fans of the dumplings. Some are made from bread, others from potatoes, and all of them taste pretty fantastic. Of the two, bread dumplings are a bit easier to make and there’s really very few ingredients or steps involved. It’s really a matter of perfecting your rolling technique and making sure there are no stray dry crumbs to throw off your dumplings while they boil.

If you live in Germany, you may be lucky enough to buy the dumpling bread by the bagful. Knödelbrot (dumpling bread) is sold by the bagful with exactly 400g of pre-shredded bread. You only need to add the ingredients, roll the dumplings up, boil them and enjoy. It doesn’t get much more simple than that. But if you have a bunch of stale rolls, bread heels or even big dough pretzels (although those are often reserved for special dumplings), you can make your own dumpling bread. Just shred the bread into large chunks with your hands or a food processor. I usually save all my leftover rolls for stuffing mix or French toast in the freezer so I’m glad to find yet another use for them. It’s easiest if you already have the bread cut up or chunked before you put it in the freezer because some breads harden after freezing and thawing. 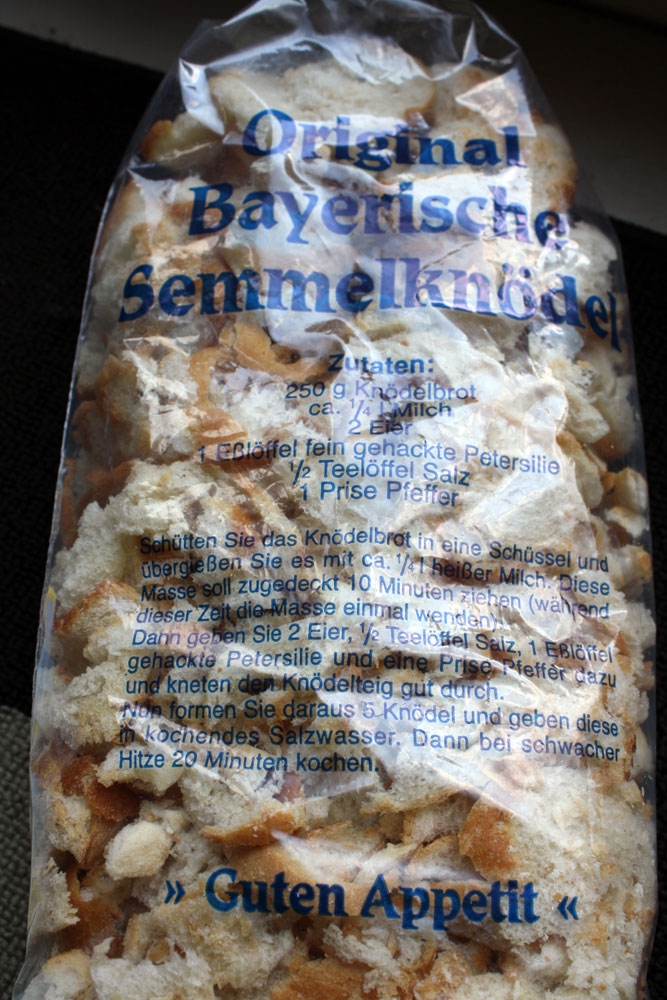 As I mentioned, part of the difficulty of making bread dumplings is rolling them into balls. I’ve included some tips in the recipe below which should help. You want to use an even amount of pressure so that they become compact and tight, but you also need to make sure that none of the bread pieces stick out anywhere. If you glance over your dumplings before they go into the water and you notice a flap of bread sticking out, just poke it back into the dumpling with your finger and roll the dumpling until the hole has closed up. And always make sure you wet your hand before you handle the dumpling dough. This will keep it from sticking to you and allow you to form nice, smooth dumpling balls. 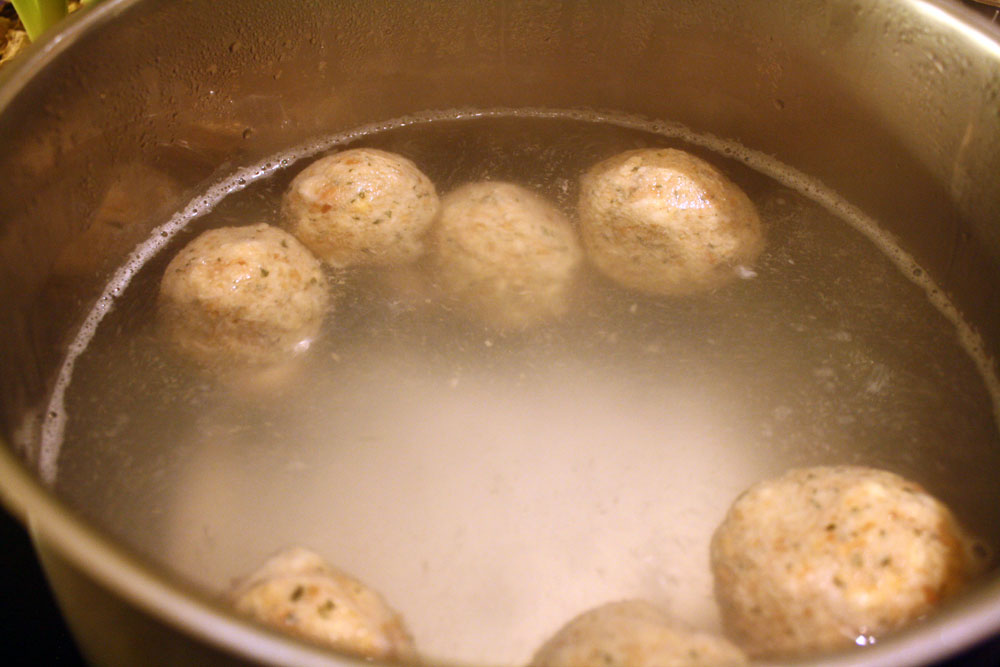 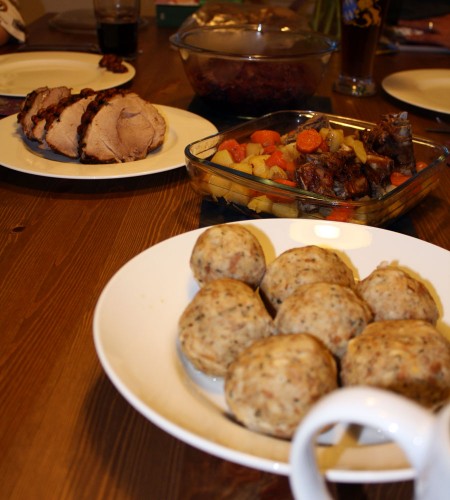 Serve them with your favorite meal, like Schweinebraten with stewed German red cabbage. 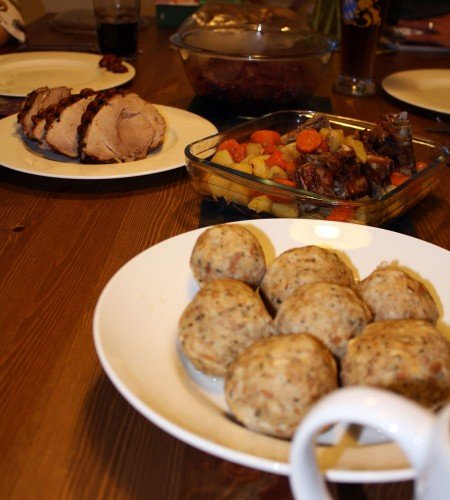