Treasures of the Vatican City: The Incredibly Long Journey

The Vatican City: Beauties of the Old Roman Empire

Description: Discover critical facts about Vatican City and learn why this small area is home to such amazingly diverse historical attractions. We’ve put together a short guide for you to get started! Here’s what Vatican City has to offer.

The Roman Empire, now The Vatican, is the origin of Catholicism. Back then, Emperor Constantine the Great led the conversion of every part of Europe to Christianity. He is also remembered to be the person who built on Vatican Hill, the original church. Today, there are so many things inside the Vatican that are regarded as the beauties of the city. In this article, we are about to discuss the treasures of the Vatican and other side attractions.

The conversion of people followed the fall of the Western Roman Empire into Christianity. During that time, the Catholic Church was the leading body, as well as the force of unity. The Pope had greater control than even the monarchs of Europe. Today, he is still the Roman Catholic Church’s leader with billions of followers.

How Big Is Vatican City?

Vatican City is a country in Europe with a population of 1,000 and a land area of 108 acres. This place is a famous center of attraction, as millions of tourists visit the site every year. The incredible things one would find in this city include elegant architecture, gigantic buildings, and super-exquisite works of art. Being a city built on religious beliefs, it recognizes art as an essential way of defining life.

Treasures of the Vatican

The buildings and tourist attractions are best described as the treasures of the Vatican City. If you are visiting the Vatican, here are places you should check out: Saint Peter’s Square, Saint Peter’s Basilica; Vatican City Museum; Sistine Chapel, and so on. Just like the Treasure Truck in the online world, Vatican boasts its jewels.

This place is the spiritual foundation of the Catholic Church, where the Roman Empire was reborn. Here, lots of people gather at the feel of Saint Peter’s Basilica to listen to the teachings of the Pope. This practice has been going on for years. 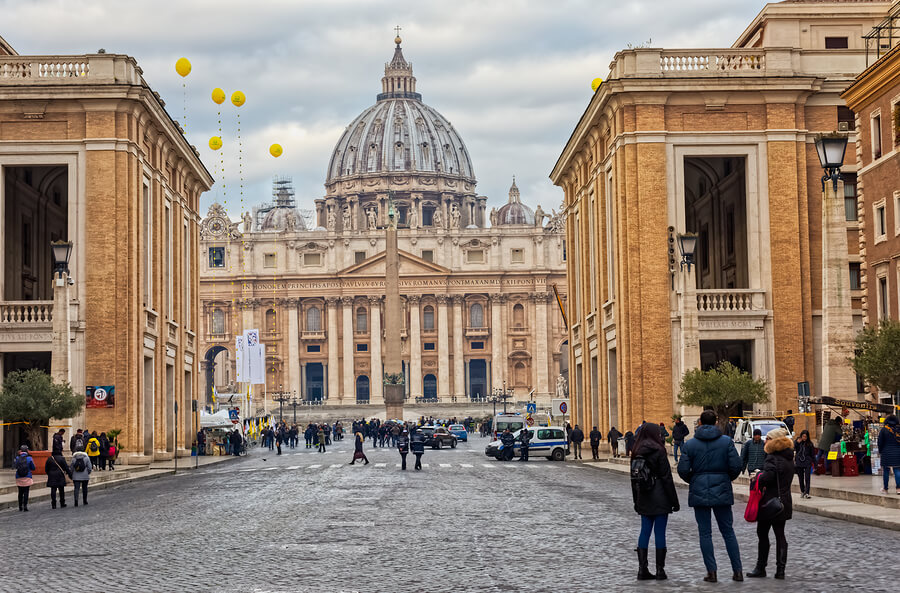 St. Peter’s Vatican Square is an oval-shaped structure built over St. Peter’s grave. When Christians were persecuted, including Saint Peter, this place was the death arena for them. It was in this place, St. Peter was buried after being crucified upside down; he was not willing to die the same way his teacher, Jesus, was crucified. The Basilica at the place was built by Roman Circus of Nero, who was an official martyrdom for Christians.

Due to the death of these martyrs for Christ, Emperor Constantine regarded the place as sacred and built a Vatican Church on it in 326 A.D. after destroying Nero’s Circus. This church was then called the Saint Peter’s Church. However, there was something left of Nero’s Circus, which was and still is currently placed in the center of St. Peter’s Square – the Egyptian Obelisk.

At the St. Peter’s Square, you will love the stunning symmetry; for instance, the Tuscan Colonnades Encapsulate the Piazza, and the Twin Fountains are overwhelming sights to behold.

Another treasure itself at Saint Peter’s is the Basilica. In 1505, the Basilica was destroyed, so the largest church of all time was built. This church is called the “Basilica Sancti Petri.” Here, the magnificence of the structure is overwhelming, and different angles show every exclusive feature of the church. Although, it may be a little challenging to see all parts of St. Peter’s Basilica from a crow-view because of its size; however, some features stand exceptional. For instance, the Travertine Stone, the statues of Jesus and Apostles, as well as the Corinthian Columns, are prominent structures you will see in the Vatican City Area.

Constructing the Basilica was a tedious task as it took people like Donato Bramante, Guiliano da Sangallo, Fra Giocondo, and Raphael to design it. Finally, it was completed by Michelangelo, and today his works are the basis of the world’s architecture and design. The project started in 1505 and was completed in 1626.

It gets better when you check underneath the Basilica; there is a grotto that has tombs. These tombs are for past kings, emperors, and popes. It was built in the 4th century by Constantine in honor of St. Peter.

A place where most Vatican City tours are located in the museum—at Viale Vaticano. Vatican City Museum is very popular because of the rare piece of arts and the treasures it holds. The museum has gigantic structures; many museums don’t match it in the standard.

It costs £16 to enter this museum. There are over two dozen of special collections in the museum; still, there is a long queue most of the time. On entering the museum, legs and exposed body parts must be covered, or you will be prevented from entering.

The security is the first step to gaining access to the incredible art collections of the museum. The tour starts with a spiral stairway that leads to Pio-Clemention Museum (named after Pope Clement XIV and Pius VI). Afterward, there is the Gregorian Egyptian Museum with lots of features, including the four-meter high pinecone that is raised on top of Fontana Della Pigna – 1st-century pre-Christian Sculpture; the Sphere within a Sphere – a modern sculpture by Arnaldo Pomodoro. Then, there is the Chiaramonti Museum and Lapidary Gallery. Further, there is the Gallery of Arazzi, and finally, the Map Gallery. 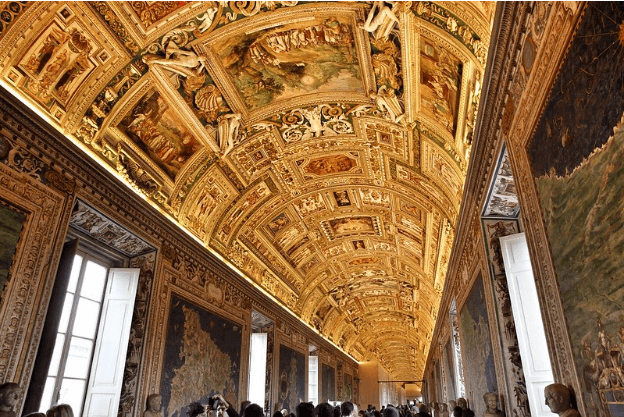 Still, in Vatican Rome, the Sistine Chapel is another place for tourists to visit. This is the climax of any dramatic structure you must have encountered through your journey inside the Vatican City. Here, there are paintings and illustrations on the walls of the chapel showing scenes from the world creation to the Day of Judgment. One of the Vatican City facts is that Michelangelo did most of the paintings—“The Last Judgment” and “The Creation of Adam” were the popular ones.

Also, at the Sistine Chapel, people are made to realize that “The Papal Conclave” is used to select the next Pope—a practice that has been used for thousands of years.

Over the centuries, the treasures, as well as monuments, are significant to the Vatican, most of which are what their story is built upon. These treasures have had an enormous toll on Catholicism and the ruling force in Europe. Today, many people from all over the world want to see how the journey began, especially for Christianity; thus, we have written about fantastic places to visit to get that. Vatican City is a small country but has a load of treasures that would be kept for centuries to come.

What’s your opinion on the Vatican? Let us know in the comments!

Thomas Quarry (Author’s Bio)
Thomas lived in Rome for six years. He has visited Vatican City and loves to talk about some of the exciting things a tourist would find about the city. He currently lives in San Diego and goes home once a year to visit this ancient city.