A Family of Two

This post is one of many that you will find throughout the week on No Ordinary Homestead about infertility, because this blog has been dedicated to National Infertility Awareness Week (April 24-30). This is being done to raise awareness on behalf of the millions of people, male and female, who have ever been infertile or are considered infertile today. If you or someone you know is dealing with fertility problems, you might enjoy Navigating the Land of IF — you can win a copy here this week. 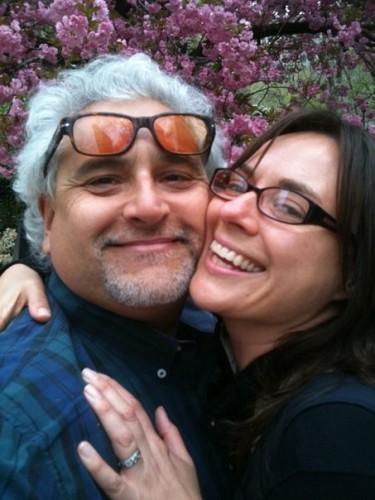 I was 38 years old when a doctor told me, “You only have one producing follicle, so even using Invitro Fertilization (IVF) you have about a 25 percent chance of conceiving.”

Although this news came as a tremendous shock to us, the impact was amplified by the fact that we had been trying to conceive for more than four years and this was the very first time that I had been pinpointed as the problem. Up until that point, we had been focusing our efforts on trying (and succeeding) to improve my husband’s sperm count. We’d both been through countless tests and, because I’m the kind of person who thinks twice before taking an aspirin, we had opted for alternative therapies, rather than subjecting my body to more invasive treatments. We had been told three years earlier, by a doctor who hadn’t bothered to perform any tests at all, that IVF – at a cost of around $10,000 a cycle – would be our only chance of conception. And now, another doctor who had bothered to do the necessary tests was telling us that the same expensive treatment would give us a mere 1-in-4 chance of conception

We were wrung out. Over the course of four years, I had changed from a perfectly rational, 21st-century woman who wanted to share the joy of motherhood with the man I loved, into some kind of deranged lunatic, flying from doctor-to-doctor, combing the internet, and scouring the bookstores, looking for the secret elixir that would untangle the puzzle of my infertility. I was no longer a woman that I recognized, and yet I could not stop my quest. My obsession had changed from a desire to experience motherhood to a refusal to accept failure – the failure of my body to perform a natural human function and the failure of myself as a woman. I was completely lost and out of control

My first glimmer of sanity came from a friend who confided in me that she and her husband had also experienced problems conceiving and had ultimately decided to not pursue parenthood. “We realized that we were already a family, just a family of two,” she told me. I had never considered a life without children as an option, after all, motherhood was what every woman aspired to, wasn’t it? And how could I be whole if I didn’t have children? But when I started looking around at my circle of friends, I saw women I admired living full and happy lives. Finally, my husband and I drew a line in the sand and decided that we would build a life for ourselves that would not include children.

I’d love to tell you that we made that decision and lived happily ever after, but of course, it wasn’t as simple as that. The hunger for motherhood didn’t just disappear, and no matter how logically I argued the case against the other options, there was always a flicker of hope that remained. “What if the next thing we try is the one thing that works? Why don’t we just adopt?” But the problem was, there was always something else to try, another option available, and as long as we kept that light of hope burning, our perfectly good lives and our wonderful marriage just kept drifting by.

It’s been two years now since we decided to live childfree. It’s been a long slow road of acceptance, but I know we made the right decision. Our decision gave us the freedom to move into a new chapter of our lives. We are grandparents now, courtesy of my adult step-daughter; I have time and energy to volunteer in a school program teaching creative writing to 4th and 5th graders; and my husband and I are enjoying the very thing we had sacrificed in our quest for a baby – a happy, fulfilling marriage, together, as a family of two.

Lisa Manterfield is the creator of LifeWithoutBaby.com, an online forum that gives a voice to women without children. She is the author of the I’m Taking My Eggs and Going Home: How One Woman Dared to Say No to Motherhood. Her website is www.LisaManterfield.com. 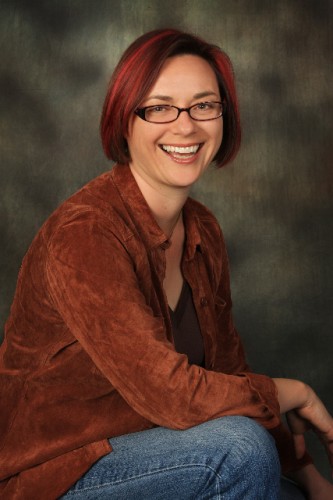