It’s snowing here this morning. A bit unexpected to say the least…and there is still snow on the ground from over a week ago. Not because there was so much of it (although it was a good 3-4 inches which is a lot for the Frankfurt area) but because it has been below freezing for weeks here.

Just how cold is it? Well, the Main River is frozen 75cm deep in some places. And traffic on parts of the Mosel River was closed down on Monday because they couldn’t keep the river flowing even with 3 ice breakers working. We don’t have anything that extreme to report but our water barrels seem to be frozen solid… 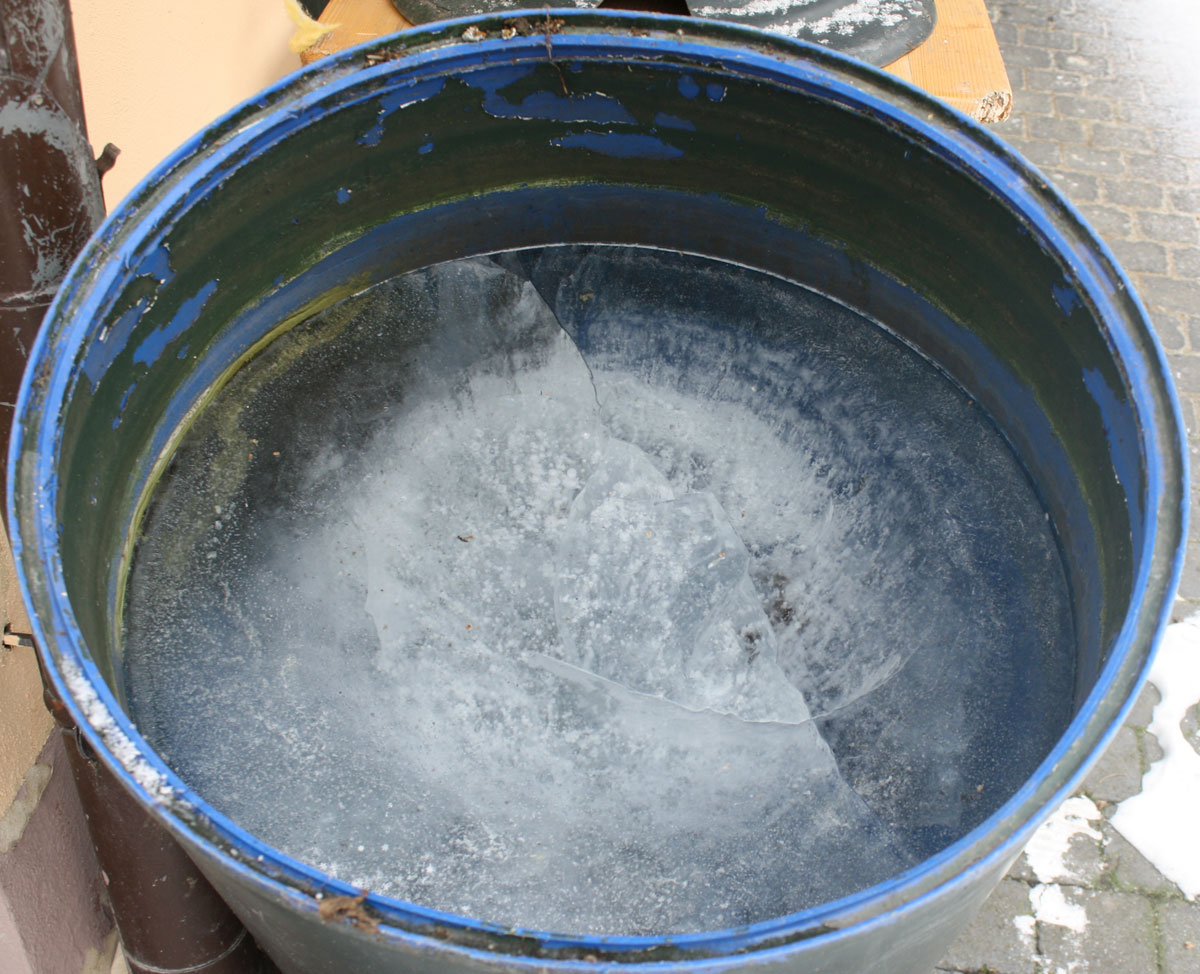 or at least we hope so. We noticed a few days ago that the water barrels were tipped over and we couldn’t figure out why. A closer inspection revealed this: 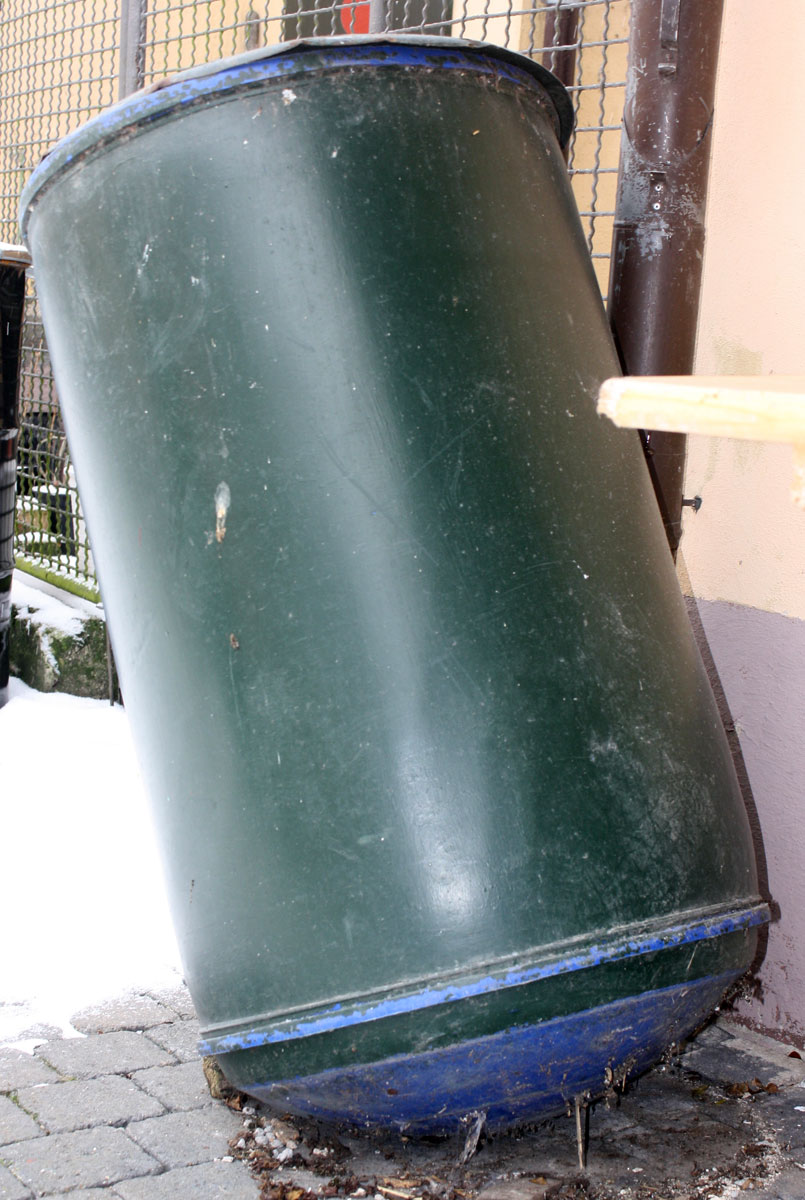 So we’re really hoping they are frozen solid, otherwise there is absolutely no chance of continuing to use these barrels. They may not recover from this as it is.

But the end is nearing. We’re supposed to get temps in the 40’s during the day next week – which is probably goimg to seem like a massive heat wave then. We’re even talking about working in the garden.

I was just outside sweeping snow off the sidewalk outside (even though it’s still coming down pretty good) because it’s actually a law here. You must have the sidewalk cleared from 6:30a, until 8pm. I don’t know how people with jobs or lives are supposed to accomplish that but we’re trying. They’re predicting rain for the afternoon and then it will freeze again. Should make the evening commute awesome for Stefan.

We’ve taken this cold opportunity as a sign to get the house a little less drafty, more energy efficient and warmer overall. Here are a few of the steps we’ve taken recently:

I’ve also used this wintry backdrop as a chance to put my camera to good use. 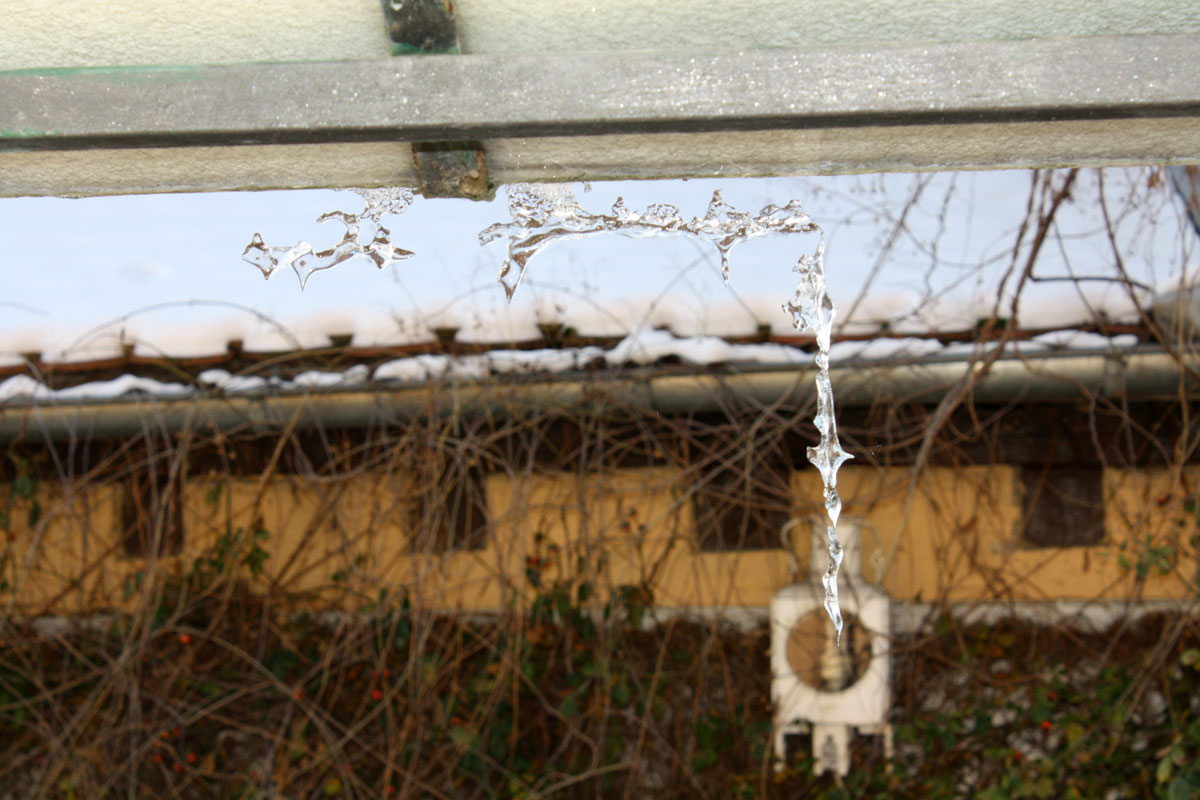 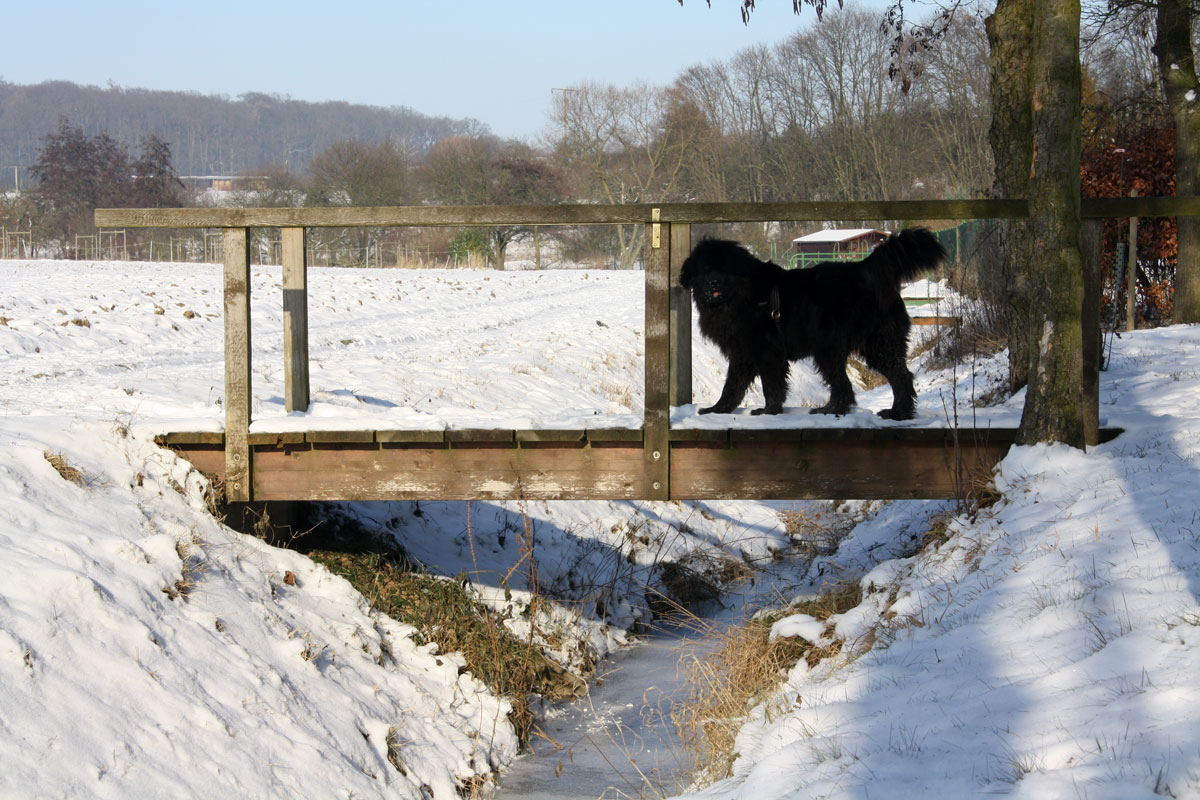 Black dog in a snowy field…doesn’t she look majestic? 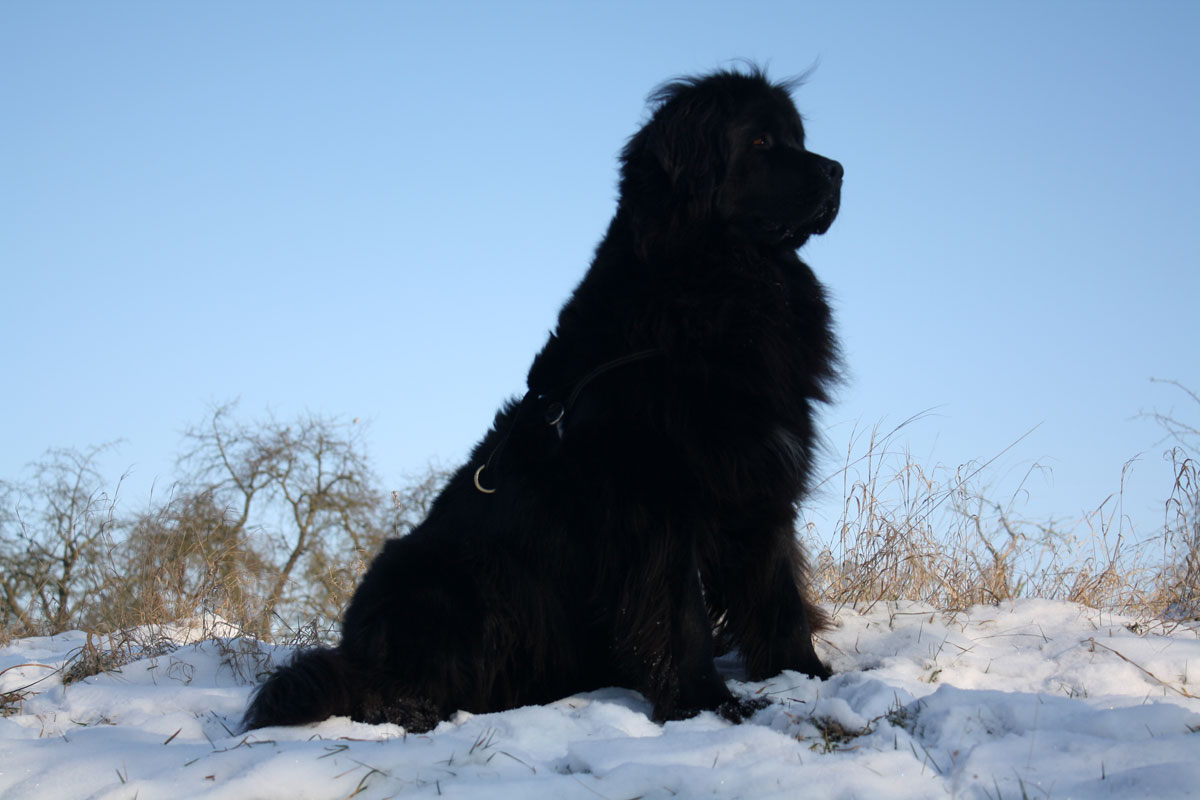 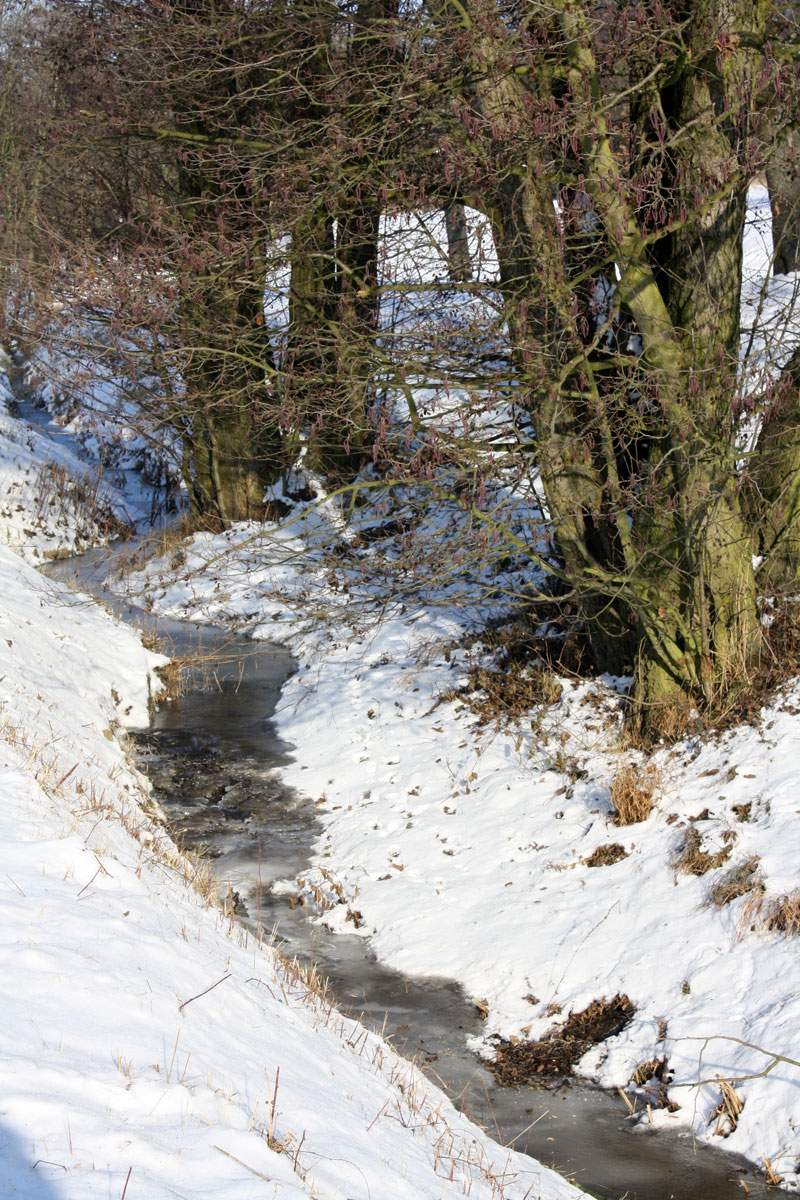 One of the many birdhouses here in the natural bird preserve we walk through with Ayla every day. 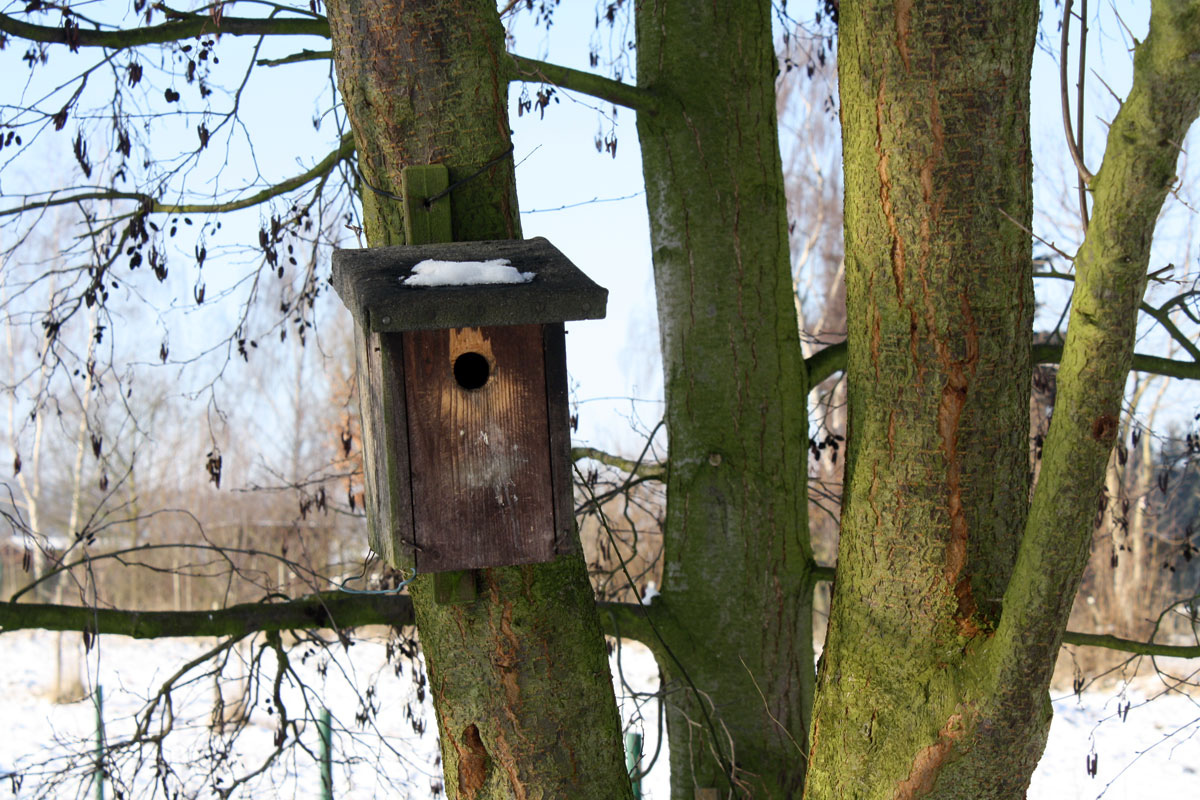