An eating disorder refers to abnormal eating habits that affect both the mental and physical well-being of a person. They are caused by a range of biological, psychological, and social-cultural factors. Eating disorders affect individuals of different ages, gender, sexual orientation, race, social class, body types, and weight.

Anorexia is an eating disorder characterized by drastic weight loss and weight stagnation as a result of starvation, restrictive eating, and over-exercising. Individuals who have a fear of being overweight or have a distorted body image are at a higher risk of picking up this disorder.

Using the DSM-5 manual, physicians diagnose individuals with anorexia through a thorough study of their behavior and attitude towards their body and food. Some of the attitudes people with anorexia portray are; fear of gaining weight, low consumption of food and energy, denial of current body weight and size.

Bulimia is an eating disorder that starts with binge-eating, followed by purging or other compensatory behaviors like fasting and over-exercising. Purging usually involves self-induced vomiting and is meant to compensate for the effects of the binge-eating cycle. 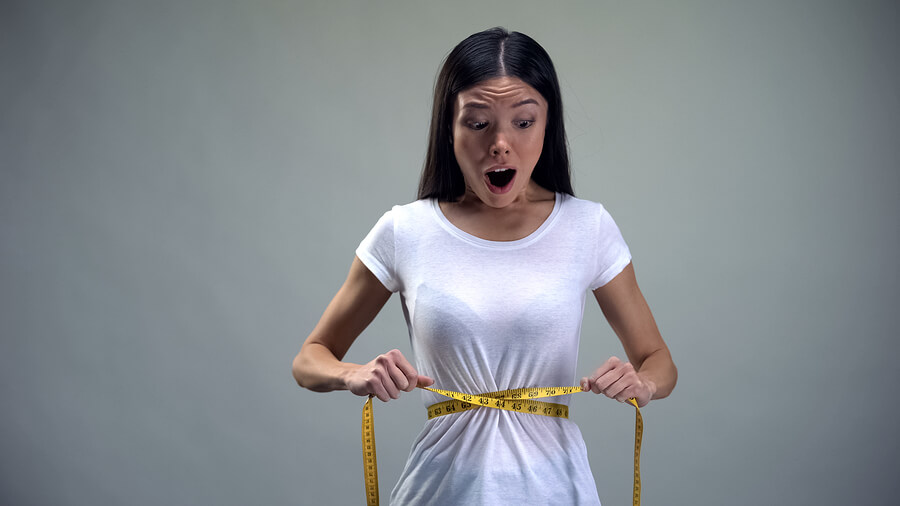 Some of the side effects of bulimia include; hormonal disturbances, irritation of the gut, severe dehydration, tooth decay, acid reflux, and an inflamed and sore throat. In extreme cases of bulimia, it could lead to an imbalance in the level of electrolytes, which could cause a stroke or a heart attack.

The DSM-5 criteria for diagnosing bulimia comprises the following symptoms; recurring episodes of binge-eating, recurrent episodes of compensatory behavior to prevent weight gain, and compensatory response both occurring on average at least once a week for three months, self-evaluation influenced by body shape and weight.

Binge-eating is a disorder where an individual consumes large amounts of food and feels unable to stop eating. In most cases, individuals result in binge eating in an attempt to manage difficult and unpleasant emotions such as stress, anxiety, boredom, loneliness, depression, and fear.

The DSM-5 criteria for diagnosing binge-eating disorder involves; recurrent episodes of binge eating, such episodes are associated with at least three of these characteristics;

Other criteria include; binge-eating distress, binge-eating occurring on average at least once every week in a three-month period, and compensatory practices, in this case, do not necessarily follow binge-eating.

Orthorexia is an eating disorder involving an obsession with healthy or “clean” eating habits. Studies indicate that most individuals with orthorexia also have an obsessive-compulsive disorder.

Pica is an eating disorder where patients consume substances not considered to be food and have little or no nutritional value. Pica is mostly observed in children, pregnant women, and individuals with mental disabilities. Diagnosing pica should be accompanied by tests for anemia, evaluation of intestinal blockages, and a toxicology report.

Other eating disorders include rumination disorder and avoidant restrictive food intake disorder. When diagnosing eating disorders, it is important to note that binge-eating and purging are not exclusive to anorexia and Bulimia Nervosa.