Nearly 7 months, I discovered The William Morris Project, hosted (nearly) every week by Jules at Pancakes & French Fries. At that time, we were starting to realize that we really needed to start getting rid of some of the clutter around the farm because we were going to start some new renovations — and about 2 months after that, decided to sell the farm and move to Berlin. Yeah, it was a wild ride for us too!

But finding the WM Project couldn’t have come at a better time; because to be honest, I’m kind of a pack rat. Perhaps it stems from the fact that I have moved around a bit over the course of my life and the things in the boxes were things I was clinging to from my childhood. But maybe I just wasn’t really ready to part with anything easier. And with us moving to a an apartment (which actually has more space than our farmhouse minus all the side buildings), it was necessary to take only what we needed and loved so we would have less and didn’t have to pay to move things we were going to get rid of anyway.

The good news is, once you start to declutter, it gets easier. You start finding yourself wanting to have less and less around you, because you feel more free and happier without all the “stuff.” But you also have to remember to not get too carried away, because it’s easy to find yourself in a situation where you know someone else could benefit more from something, or you’re only partially in love with something. And you turn around twice and your closet is empty and your cabinets bare. That is NOT the point of decluttering at all — nor is it a good way to be spending your hard earned money since you’ll have to replace many things you just trashed because you weren’t in love with them. But you have to find the midway point where you see the things which are truly useless to you and haven’t been touched in 6 months or more — and those things that you forgot you had and actually could be wearing or the things which you mostly like, are functional but that you aren’t totally in love with. Because really — those shoes that you always walk the dog in don’t have to be brand new. And sometimes, it’s just a matter of seeing items differently so they can serve a new purpose — like taking a dresser that you don’t like from your bedroom and turning into a place to store office supplies or stuff for your kids.

Now that we are mostly settled into our apartment, we’ve become a lot more intentional about our living space, the things we want to bring home (especially since we have to bring it up 3 flights of stairs) and keeping the clutter at bay. But we still have a ways to go before we are fully finished with our process (and perhaps even then, it will continue in certain ways). 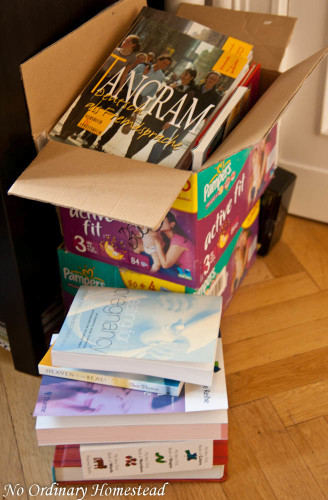 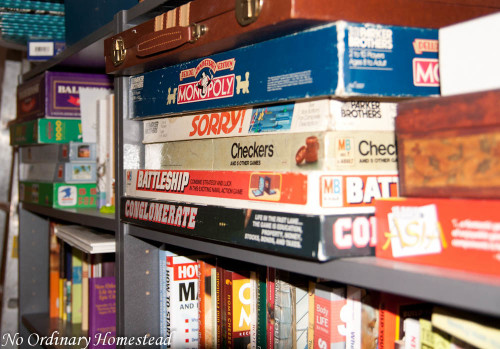 As I see all this typed out, it seems like a wildly short list — but I know that some of these projects are going to be a bit more involved than others — like attacking the basement. On the other hand, with two people working on it (and a helper playing on the side) it’s definitely the kind of thing we can get done in an afternoon rather than a week. And as with everything in life, there will certainly be some other project after the decluttering, like hanging up our photos in the apartment, figuring out what new ones to hang and frames to get and so forth. But that’s way more fun than digging through boxes! 😉

What is on your to do list these days?