Unwanted and unknown calls including robocalls are a serious problem for almost every American with a phone, even in the FCC gets them. These calls are annoying, and all too often they’re also a scam, especially for some of the most vulnerable communities, like older Americans and those with language barriers. That’s why addressing unknown calls has become a top consumer protection priority.

There are also unknown calls of a different type. These could be from past relationships or stalkers. If you are getting such calls, you can always use a People Search Service like Nuwber.com to find out the identity of the caller and then make a report to law enforcement.

Perhaps nothing is more annoying than somebody calling you right after you finalize buying a new home and you’re still unpacking and moving in. Imagine receiving a call out of the blue from someone trying to sell you home security services?

There is a reason why this happens. If you just closed on a home, you’re going to get bombarded. Your mailbox will get bombarded. You’re probably gonna wonder how the heck so many people got your information. It happens because whenever you close on a new home, your information goes into a tax record. The tax record for your county is actually public information. Then, telemarketing companies put “spiders” across the Internet to collect data. That data is then sold to major companies and used by their sales representatives to call people or to knock on doors. Essentially, whenever you buy a home, you unknowingly send out a message across the universe and it soon feels like everybody is bombarding you with calls trying to sell you all manner of stuff.

So, what can you do about it? Well, one of the ways to do this is to register your number on the National Do Not Call List. This is a free service and once added reputable companies and salespeople won’t call you. They’re still going to be scammers out there that might try to scam you so make sure that you stay current on the scams that are out there and right now they’re getting pretty sophisticated.

The next thing that you can also do is actually visit the website of the Federal Trade Commission and take a look at the resources that they have available and learn the basics about how to stop unwanted and unknown calls. Unfortunately, this will not stop Uncle Sam from calling you. You’re still going to be a target for political robocalls and calls. When election cycles in, you can block the number but they somehow find a way to keep calling.

Robocalls drive people crazy. A particularly bad form of robocalls happens when scammers manipulate the caller ID to trick consumers. This is known as spoofing. The FCC hears about Caller ID spoofing all the time with tens of thousands of consumer complaints about spoofing in just the 1st six months of 2019. To confront this problem the FCC is pulling out all the stops. They recently adopted new rules to ban malicious caller ID spoofing of text messages and international phone calls. This will help the FCC go after bad actors who spoof text messages and those who are calling from overseas. Using new authority given to the FCC by Congress, the FCC is now making it harder for international scam artists to deceive US consumers and evade law enforcement. You can also report scam calls to the FCC’s Consumer Complaint Center. 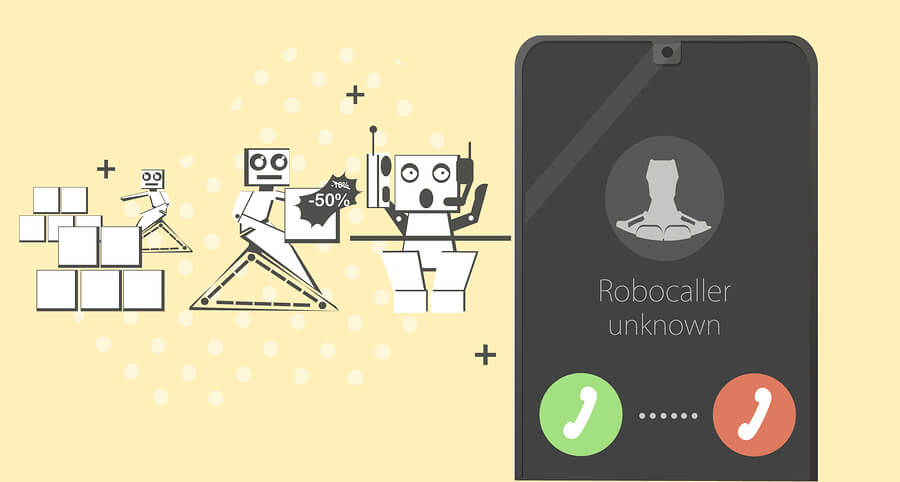 There are call blocking services available today to help stop these calls before they get to your phone. But unfortunately, consumers have to proactively sign up for them. That is, you yourself have to call your phone company to ask for a call blocking tool, or activate call screening on your landline or download a call blocking app for your mobile phone. But, phone companies don’t offer call blocking as a default setting, despite the fact that consumers have been saying this loudly and clearly for many years that they’re fed up with unwanted calls. Thankfully, the FCC recently decided to take action by forcing phone companies to offer these blocking services by default. Consumers will be able to opt-out of these services if they don’t want them. Phone companies are expected to move quickly to help consumers block unwanted robocalls.
In the near future, it is also expected that major phone companies will begin rolling out improved Caller ID that’s based on brand new technology standards. The FCC is proposing to give phone companies that apply these new standards to block calls what is known as a safe harbor? Basically, blocking calls that don’t have properly verified Caller ID, won’t put the phone companies in legal trouble.

There is no silver bullet to stop scammers, unwanted or unknown calls, but the recommendations above will reduce the number of unknown calls that you receive and give you back control of your communications.