I talked a little bit yesterday about the different types of aquaponics growing media that are available for consideration. As I mentioned, we went with expanded clay pebbles (4-16mm big) which were actually made exactly for this purpose. The exact pebbles we got are actually a brand new type of aquaponics pebble that is hitting the market so we were really excited to be one of the firsts to try them. 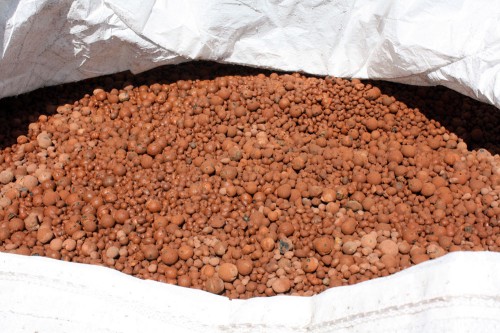 Because we’re planning several aquaponics systems around our homestead, we went ahead and bought all of them at once. One ton of pebbles…literally. It is a HUGE amount. We’re kinda wondering if maybe it wasn’t too many…but we will eventually build strawberry aquaponics towers and tube towers for lettuce and herbs, so at least we won’t be running out. I even used some of them in a flower vase recently to anchor the stems in place. A few of them floated the entire time, but it mostly worked out great. 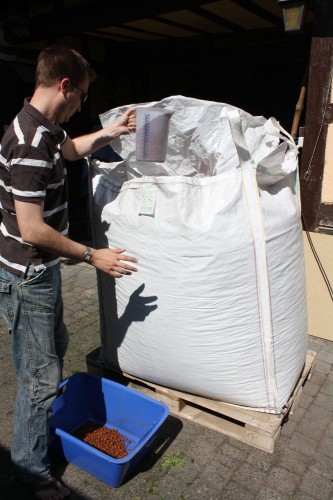 One of the more mind-numbing parts of filling the aquaponics bed is washing the pebbles (or other growing media) you are using. If it’s coming straight from the factory or quarry, there will be a LOT of dust. In some cases, you might even have to rinse the pebbles a few times. 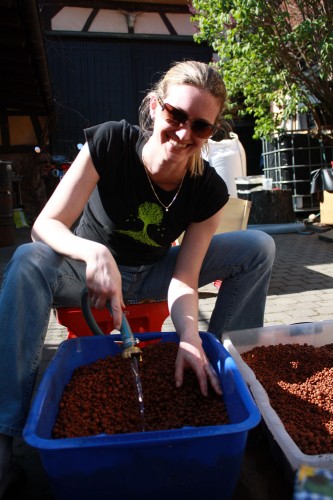 Stefan once started this process in our bathtub, going gallon by gallon, bucket by bucket until the water started to run clear. But then we remembered we had some large unused plastic tubs that already had little holes in the bottom since they’d been experimental tubs for our worm farm. So we filled them up with pebbles, added lots of water from our well, and just kept moving the pebbles around in the tubs with our hands, trying to get the dust to settle to the bottom and wash out. Over and over until the water was mostly clear. I say mostly because it may have taken hours per tub to get it fully clear…but it was a massive improvement over when we started. You don’t want all that dust in your system because it will clog up in your fish tank and just increase the sediment buildup overall. 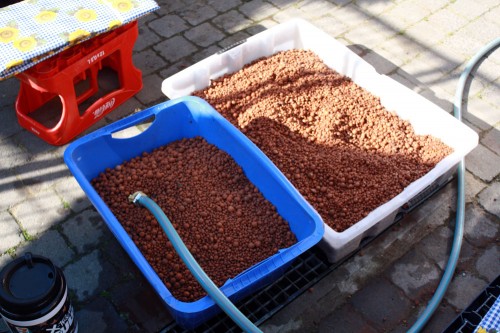 Once the pebbles were washed, they went into the growing bed which we’d previously lined with black pond foil. As we filled the bed, we worked the liner around a bit to make sure all the corners were filled out and nothing could escape. 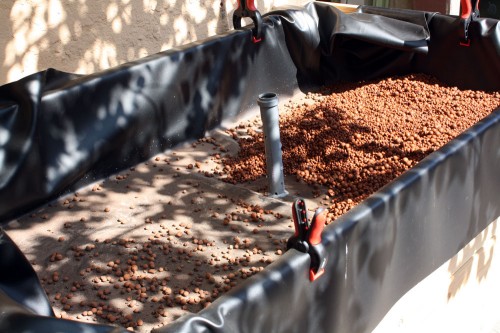 We also realized that we would need to put a net around the drain tube because the smaller pebbles would easily fall through into the sump tank. In retrospect (since we were still planning to build a siphon drain) we should have just put a bucket around this area with the bottom cut out so we could work on the drain without the pebbles being in the way. Hindsight is 20/20. 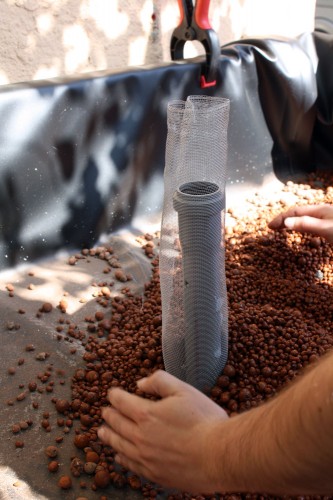 So here’s how things were looking at the end of the day with all the pebbles inside the grow bed. It took us the better part of the afternoon to wash them but it actually went fairly smoothly since we were using the two large tubs. We’ve cut back a bit of this lilac tree already because it kept attacking Stefan when he would get into the sump tank, but since it casts a lot of shade on the bed during the day, we may take a few more branches out that hang right over the bed. It’s also a bit of a pain to pick all the lilac blossoms and leaves out of the bed. But during the summer, our lettuce always gets scorched on this side of the house, so I think that a little shade won’t be a bad thing either. 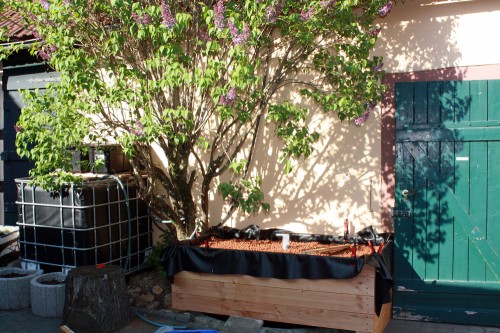 Once we had all the pebbles in, we just needed to trim off the overage of the pond liner and used a staple gun to hold it in place. Around the corners where we had a large gathering of foil, we trimmed it off just below the inside edge of the grow bed. The water level should never be high enough that is spills over and the wood beams we used around the edge to trim off the bed cover all the messiness up. 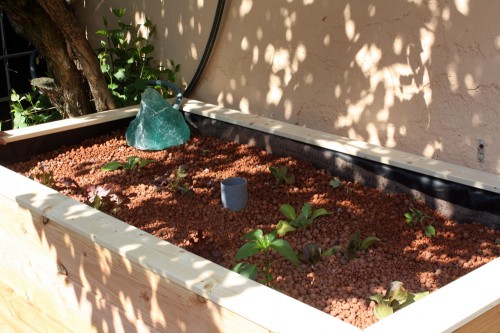 Here you can see that Stefan made nice angled cuts on the corners so it looks pretty. We chose unfinished wood so that no chemicals will leach off the wood into the aquaponics system. 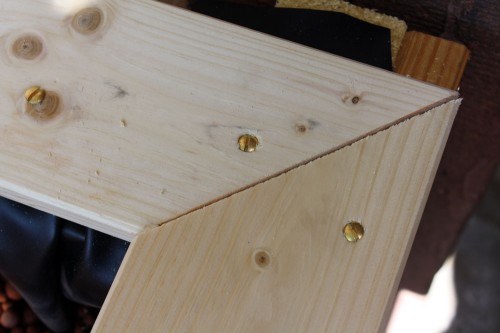 Now you’re quite possibly still not really sure what we’ve done here or why…but have no fear — there’s more aquaponics how to information up ahead. As I briefly have mentioned before, we’re going to build an aquaponics system in our greenhouse out back since it will be so easy to maintain and also keep the tank really warm while the plants remain watered. We’re hoping to ultimately grow crayfish somewhere here and they, as well as the tilapia, need it pretty warm to really thrive. Since we’ll have a better idea about what we’re doing now, we’ll be including plenty of video so that you can get started on your own aquaponics system soon. 🙂