Huthpark: Escaping Frankfurt to find a bit of peace and quiet

Although there are several green spaces in and around Frankfurt, like the beautiful Palmengarten right in the city, or Hessenpark which is a bit further out but offers a glimpse into history, one of our favorite natural parks sits right on the edge of Frankfurt. It is called Huthpark, and it sits just off the junction of 521 and 661 — behind the Unfallklinik Frankfurt (Emergency Hospital of Frankfurt). It’s 18.2 hectares (about 45 acres) and was first established as a park in the early 1900’s. Because so many of the trees around the edge of it have grown to be quite substantial, it’s now a lush, green oasis amidst all the concrete and buildings of Frankfurt. 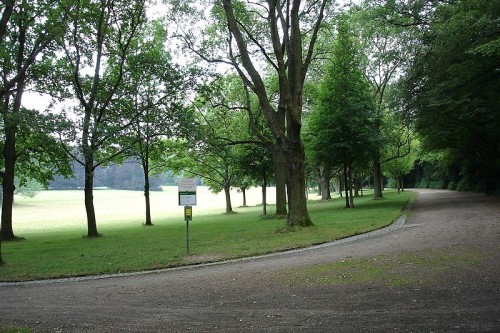 The park is really centrally located based on where we live and where many of our friends in Frankfurt live. It’s a perfect midway point to get together during the warmer months and just hang out. There are lots of wide open green spaces so you can go pick wild flowers, play at the playground with your kids, romp around with your dog, do some jogging around the circular outer path, use any of their exercise stations to get in some extra fitness steps or just relax. You can also combine a stroll or jog here with a game of tennis. 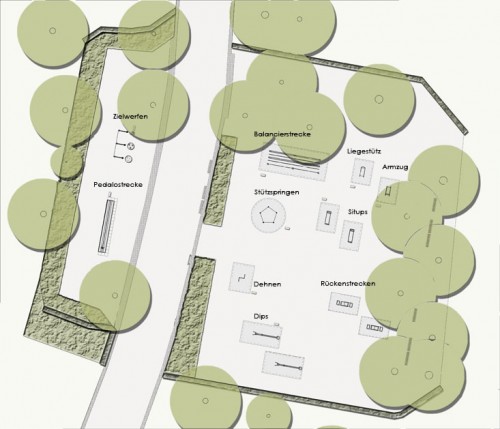 The playground is situated at the far end of the park in relation to the parking lot. So you have to walk a few minutes to get there, but it’s mostly a slightly downhill stroll. At the playground there are lots of things for kids of various ages to play with, from the slide to the sand pits. There’s several little houses and a boat to climb in and over, a rip-cord swing, regular swings and a few other elements to keep them occupied. Plus there are a few benches facing the playground as well for those parents who don’t need to be quite so “hands on” anymore with their kids while they play.

Every time we’ve been there, there was very little trash or riff-raff about. Lots of birds and squirrels roam arond and you really feel as if you’re out in the middle of no where, despite being so close to the city.

It’s a perfect place to bring a picnic of food and drinks, a picnic blanket, your sun glasses and a few hours of time so you can sprawl out on the grass and enjoy the peace and quite. If you don’t bring it yourself, you’re not going to find it around here. There are no shopettes or kiosks around unless you go into the more developed areas of Frankfurt or Bad Vilbel.

Although it sits right behind the hospital, there really isn’t that much noise from it. They typically run the emergency helicopter in and out of there, and while it’s a grave sign when you see that helicopter, the kids like pointing it out since it flies quite close to the ground. 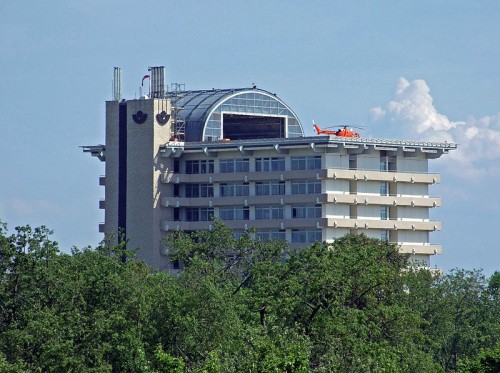 How to get there

By car: Parking is limited but usually you’ll find someone leaving. From 521, look for the Unfallklinik signs (also via 661, there is a sign for the hospital) and turn as if you are going into the hospital itself. Turn left once you dead-end at the light and take a right into a slightly wooded narrow street. (If you reach the RV place, you’ve gone too far. You can also park out here in the area by the street.) Follow the narrow path down along the  hospital until you see the parking spaces on your left.

By public transport: Buses 30 and 69. Get out at stop “Unfallklinik/B3”. It’s about 5 minutes walk from the bus stop to the back of the hospital and into the park.

This post is part of the German Stammtisch, a roundtable of expat bloggers around Germany who love to get together each month and share our insights about a common subject. Next month (on the 15th as usual): Football (or as we Americans call it, Soccer!)