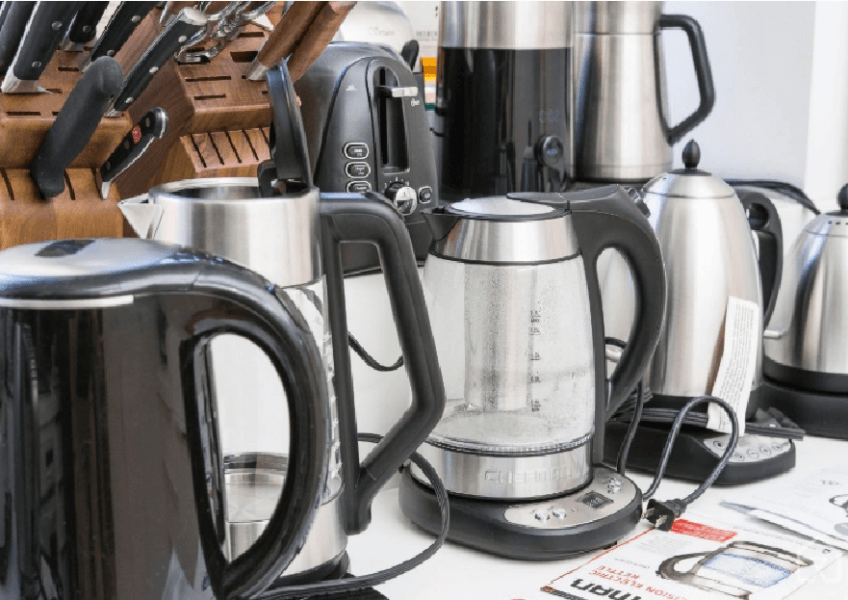 In written records, it is noted that the first electric kettle was invented in 1891 in the United States. Elsewhere in China, the travelers used to boil water in something similar to a kettle, when they first saw the importance of boiling water, that impurities were removed, they used it to soak green tea leaves, thus came about the idea of green tea as a popular beverage.

If you have ever wondered which type of kettle to buy because yours doesn’t appeal to you as much anymore. Look no further. Knowing which kettle serves what purpose, may be a good start. https://littlehomeappliance.com/what-are-the-different-types-of-kettles

Essentially there are 2 categories of kettles: Electric Kettle and Stove Top Kettles.

And the Stove kettle category, has its sub-types which are stainless steel kettles,copper kettles which only became popular in the 19th century and cast-iron kettles.

Electric Kettles are the most common type of kettle widely used in a modern home and is predominantly used to boil water used to make tea or coffee or any hot beverage. It is quiet a fast and efficient way to hear up water using electricity. They come in cordless or with a cord.

Often used during the course of the day, you can flip a switch and it boils the water within a minute and are convenient because you do not need to turn on the hob or stove to hear the water in this kettle. And they don’t even make any noise.

Electric kettles primarily work by a switch that when turned on boils the water and then automatically switch off when the switch, also known as the ‘bimetallic switch’ inserted in the handle of the kettle, that when it reaches a certain temperature it turns the kettle off. This characteristic of automatically switching off by itself, is not only an advantage in safety but also one in energy efficiency.

Distilled water usually boils at 100 degrees centigrade (or 212 degrees Fahrenheit).When vapor pressure equals atmospheric pressure is when water reaches boiling point. So how do they heat water up so fast? Find out more here. 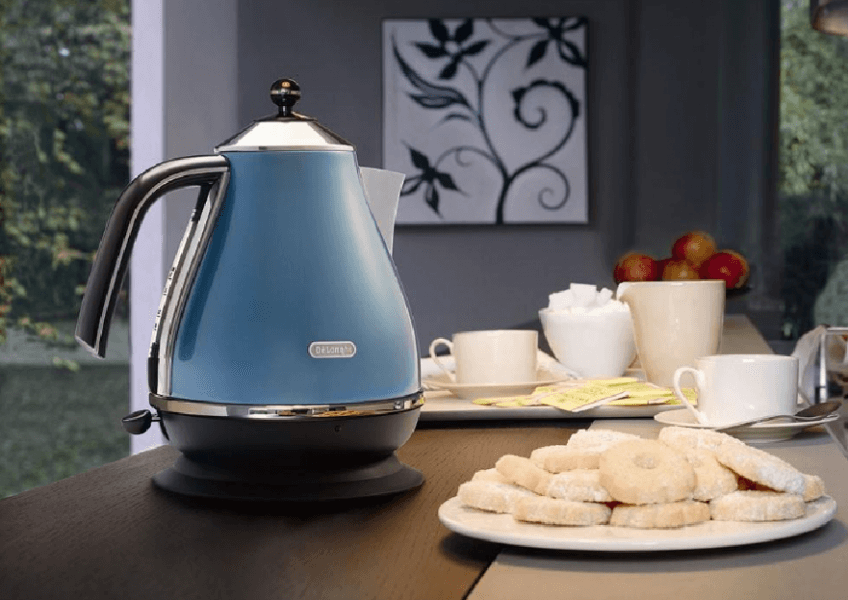 The reason why kettles boil water so quickly is, one of the reasons because its enclosed, it doesn’t let heat escape, unlike when you boil water in a pan or an open pot. The idea is derived from a form of physics known as the ‘conservation of energy’ which is the amount of energy you put into the bottom that boils the water in exactly the same way.

Electric kettles have a device known as a thermocouple or fuse, that regulates its temperature. When we do not use pure or distilled water, lime scale gets deposited on the bottom of our kettles (as a result of calcium carbonate that’s added to tap water and other chemical processes that take place within hard water).

This switch heats up with the water vapor or steam and the element or fuse, usually turns off just below it reaches 100 degrees.

As the dawn of the 20th century appeared, smart technology was prevalent with almost all gadgets in our homes. Kettles included. Using smart phones, one can control their kettles at the touch of a button. The kettle would need to be full of water though.

Electric kettles are also portable because they come in a cordless version too, which can be a great advantage over a heavier type of stove top kettles.

Other advantages are that they may have different settings for different beverages. For example, some herbal teas are being drunk at a certain temperature to retain their full-flavor, and some electric kettles provide this option of adjusting the temperature as opposed to letting it get to boiling point. These kettles are also very quiet as well. Find out more via Sound Proof Pros.

Good quality electric kettles are made of long-lasting materials, but one needs to be careful when choosing it because some of them contain plastic in them, and we all know how bad plastic is for our health and the environment. 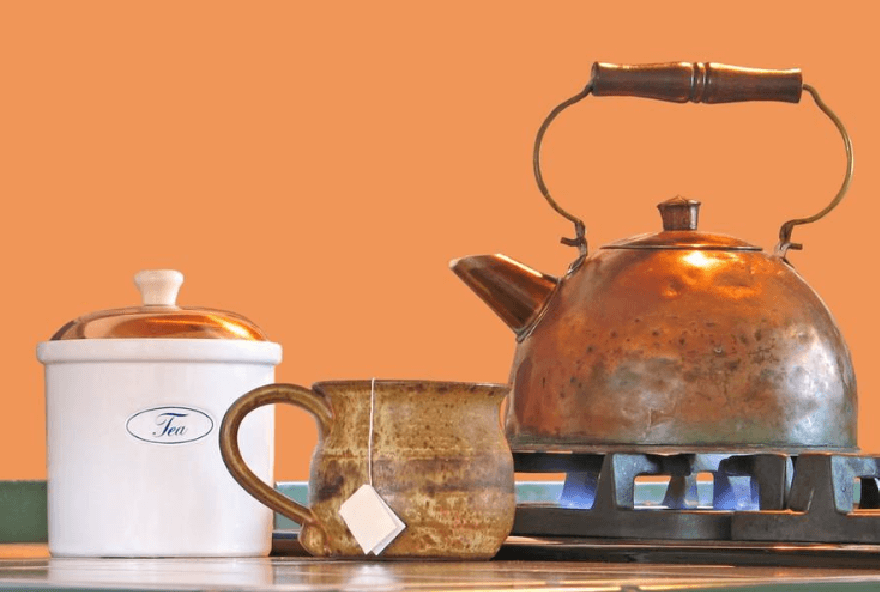 These are the other type of kettles, that are slowly fading away within the modern household, but in some countries have made a comeback with a more futuristic approach – combining both the traditional and modern design.

Stove top kettles tend to heat water up slightly slower than electric. It takes them between 10 to 20 minutes. They are also wider and have a wider cover, so easy to clean inside. They are heavier than electric kettles mainly because of the materials they are made from i.e.: cast iron, stainless steel and copper. Thus, sturdier.

Just like the electric kettles come in cordless or with a cord. The stove top kettles come with or without a whistle. This is their type of indication when the kettle has reached boiling point and its time to take the kettle off the stove. This as well, is a familiar sound that has been heard in homes for decades.

The exceptional characteristic of this kettle is they can get hotter than boiling point. For tea connoisseurs this is the way to go, however. The pleasure derived in making tea using a stove top kettle I unlike any other and some say the tea even tastes a lot better. These were the first type of kettles derived by our ancestors, and replicated by the modern society, so there must be some truth in the tradition being kept alive. The history of the kettle is a fascinating one for any enthusiast.  http://inthekitchen.org/history-tea-kettle