A Farewell to the Farm

This weekend was the end of an era, so to speak. After being “That crazy couple with the old farmhouse outside Frankfurt and huge dog” for the last 6+ years, we have now become “That couple that moved to Berlin.” Although we have enjoyed living in Berlin for the last 9 months, The Farm will always hold a very special place in our hearts. It’s where we learned to be a lot more self-sufficient, where we saw Mackenzie go from a baby to a toddler to a little girl, and where we made some great friends and had some amazing parties (both big and small.)

After meeting the new owners at the contract signing (who have some eerily similar backgrounds to us), we are certain that they will have a great time living in the house. And we’re looking forward to reading about their own adventures and renovations in the house since we’ve heard they plan to start a blog too. 😉 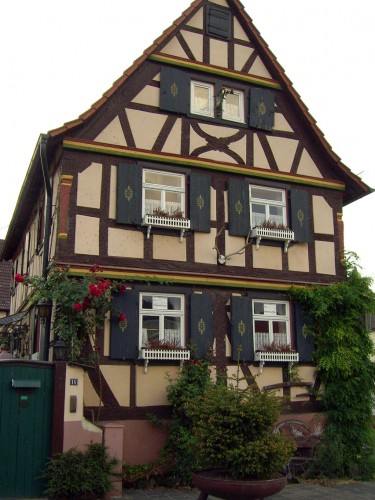 Since this past weekend was probably one of the last times I’ll ever be at the farm (although we have a few more things to pick up from there with a hired van and are thinking about heading back in August for one last Laternenfest celebration), it seems like a good time to reflect on some of the wonderful times we’ve had there. Although we’re excited about what the future holds, we also shed a few tears about leaving. As the German’s say, “It’s with one laughing eye and one crying eye” that we close this chapter in our lives. And we will definitely never forget our time at The Farm.

8 Great Memories from the Farm

To all who visited us there, celebrated with us at one point or just became captivated with our farm via the Internet, thank you for your love, help and insights!