How to Shuck Oysters – Florida Life

Have you ever shucked an oyster? It’s not as complicated as you might think…

Oysters are all the rage here in Florida. In some local restaurants, you’ll pay up to $6.00 per shuck.

But did you know you might be able to buy them for as little as $0.50 per oyster at your local market (if you live on or near the coast)? In fact, the local market store of Naples legends, Oakes Farms Market, has fresh Gulf Oysters on sale right now (through April 13th, 2018) and I have to say, they are amazing! 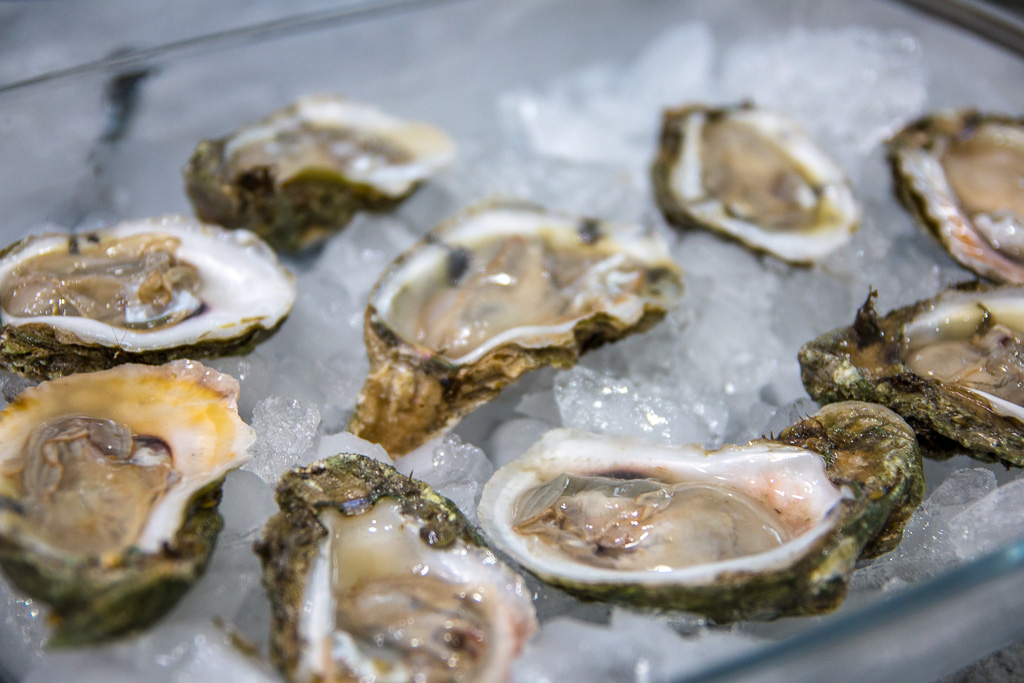 The Lowdown on Oysters in My Life

I had never tried an oyster until we moved back to Florida. And then only fried. But I have to admit, I loved them.

The idea of raw oysters, though? It was a bit strange. You know what I mean.

Until Irma came. During that Hurricane, I threw all caution to the wind one night when our friend ordered a dozen oysters. A few of our friends eat them, Stefan started eating them again recently after a bad incident many moons ago…and the oysters in Destin looked and smelled awesome.

And they were. Our friend Luke has just the right combination of goodies to make them delicious. And today I’m sharing the secret with you! 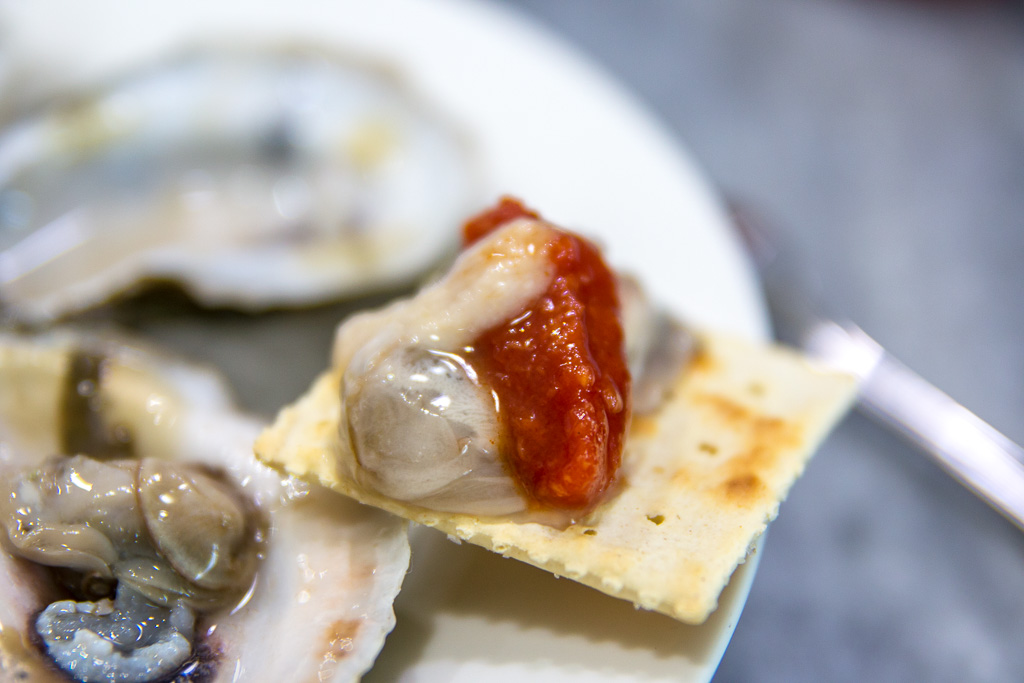 Since that day, we’ve ordered oysters a few times at local restaurants and not been disappointed. Cold Water Gulf Oysters are frequently found here and a few others at oyster bars. In Naples, they range from $2 to $6 per shuck. Oysters should have a distinctly sweet watery flavor or non-existent flavor. If they smell strange at all, do not eat them! 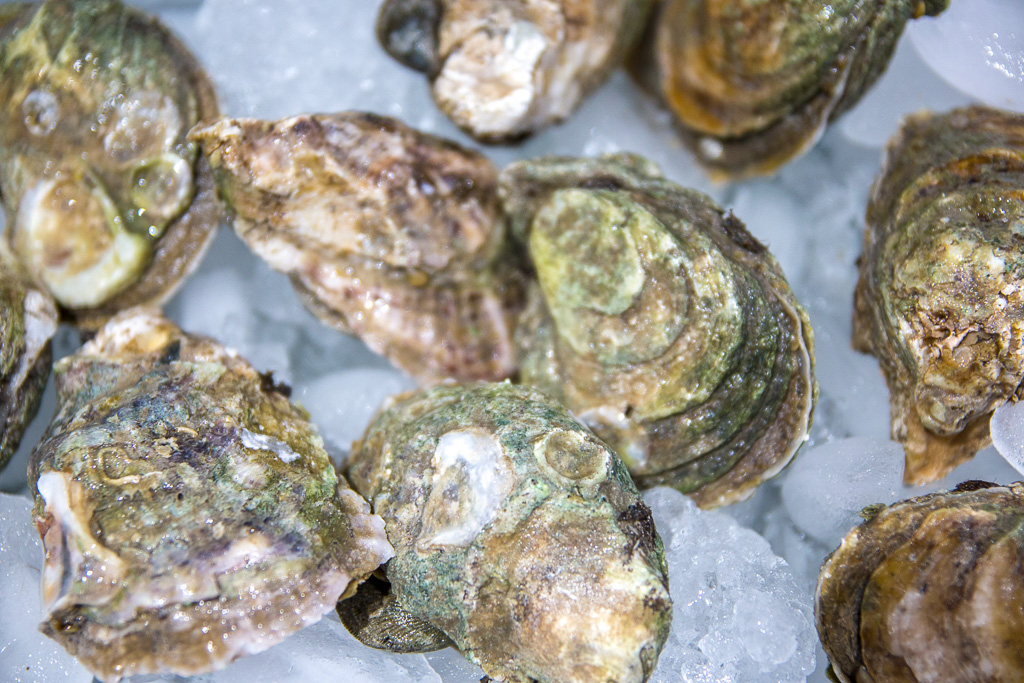 How to Shuck Oysters

In order to shuck oysters, you will need an Oyster Knife. You can probably get one at your local fish market. Or pick one up on Amazon. It has a distinctly curved side and nose which will help you pry into the oyster shell.

You will also need a towel to hold the oysters and protect your hand. Or get yourself a kevlar glove for real safety.

Watch my short video below on how to shuck oysters:

Check your oyster to make sure it is not open. If it is, you will likely notice the very fragrant, not pleasant smell. They spoil quickly!

To open the oyster, firmly grip the shell in one hand and the knife in your dominant hand. At the back edge of the oyster, there is a crease between the top and bottom of the shell. You need to find your way in between those pieces with your knife. The rounded side of the knife should face upward.

You are applying firm pressure, but not so much that you should fear losing control of the knife. Out of 18 oysters, we had 1 that was just impossible to open. And two that opened without us. One smelled terrible and one must have only been dead a moment. But there’s no point in risking food poisoning so we tossed it anyways! 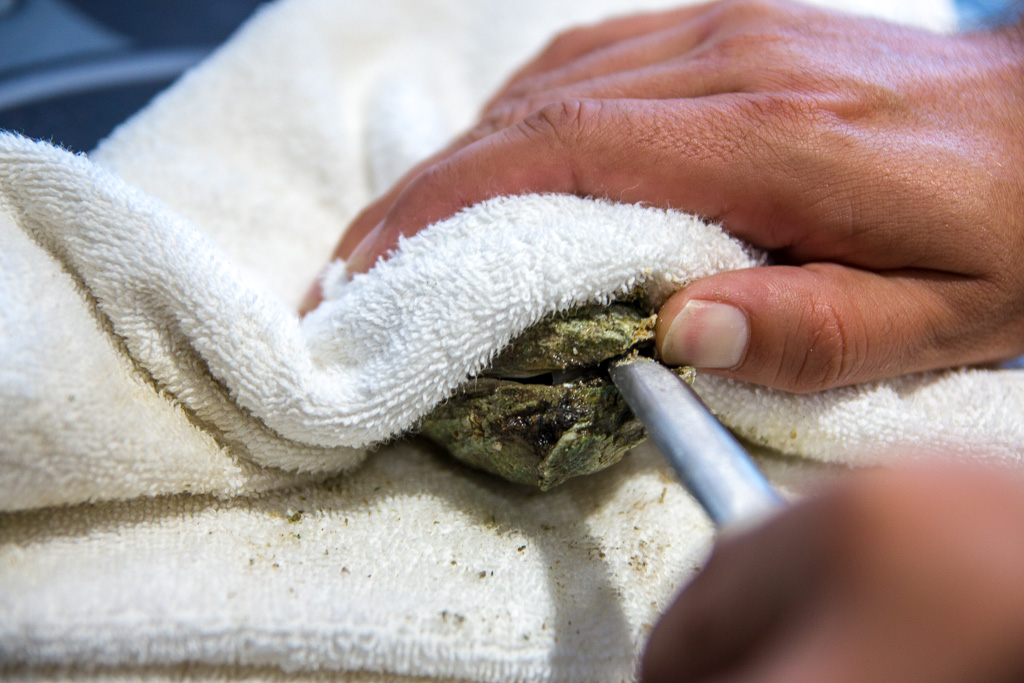 Once you have cracked open the oyster, you will slide the knife down the side and into the back of the oyster to cut the foot. 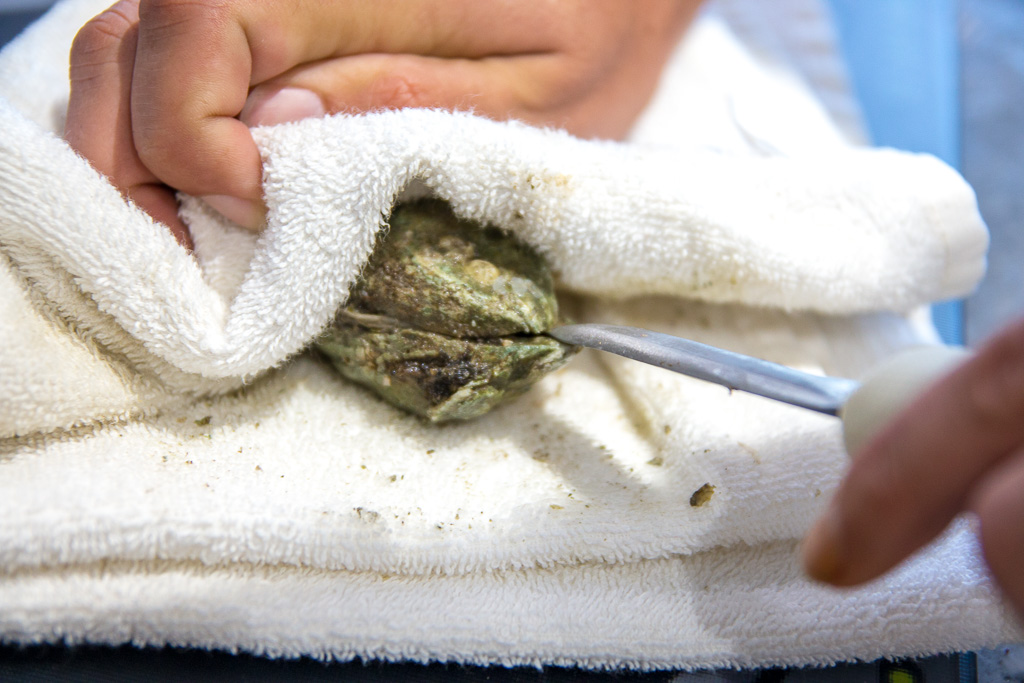 And then repeat the move on the other side of the shell to completely free the oyster. 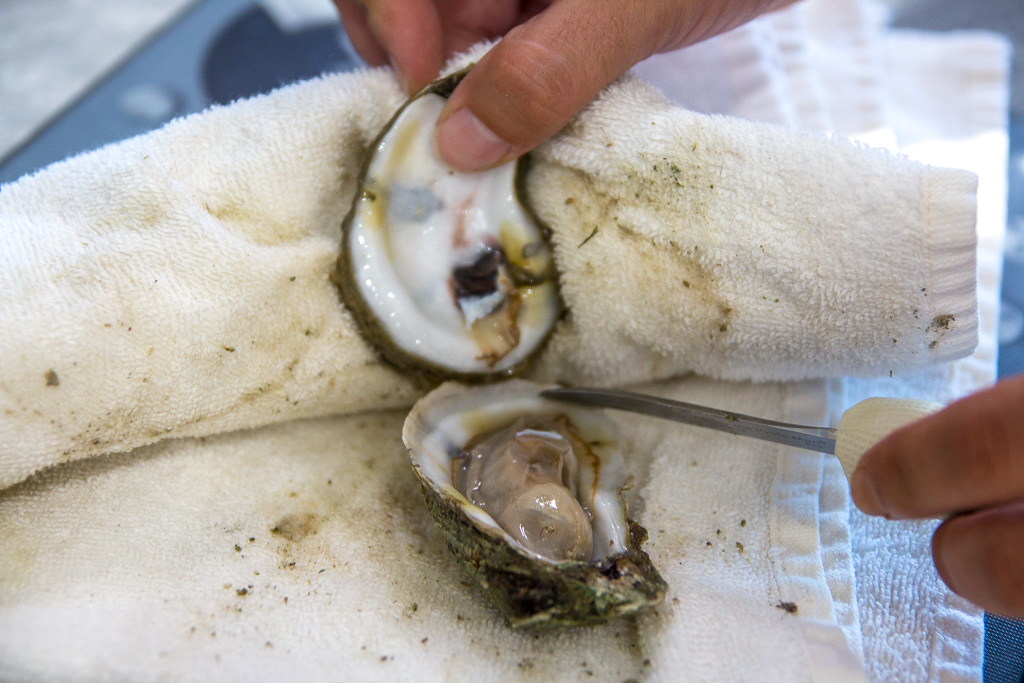 Place your oysters on a bed of crushed ice and they’re ready to eat!

To serve your oysters, I suggest the following accompaniments:

Squeeze lemon juice over the oyster in the shell.

Take a Saltine cracker and place the oyster meat on the cracker. Top with cocktail sauce, horseradish, and Tabasco to taste. Devour in a single bite! 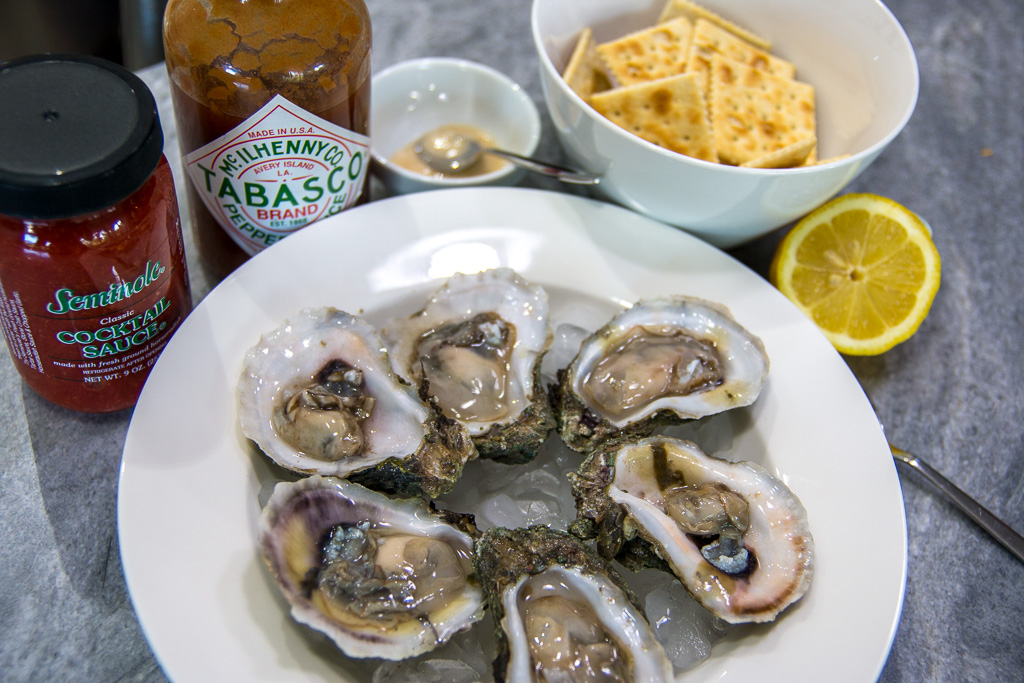 Now that you know all the tricks of shucking oysters and making them taste amazing, you can be the hero of the party or really impress your partner one night with your skills. Oysters are also rather filling. So with just 12-18 oysters, two people will be very full…or a larger group can have them as an appetizer.

Are you a fan of oysters? If so, what if your favorite way to eat them? Do you ever buy them yourself and shuck them?